The first issue of Rab-Rab: Journal for Political and Formal Inquiries in Art, published in November 2014, deals with the question of language. The texts written by artists and scholars covere the topics such as the symbols of fascism, the theory of slogans, the rhetoric of punk, ideologies of artistic research, etc. Among the contributors to the first issue are John Roberts, Alexei Yurchak, Susan Kelly, Kalle Lampela, Michel Chevalier, Minna Henriksson, and others. [publisher's note] 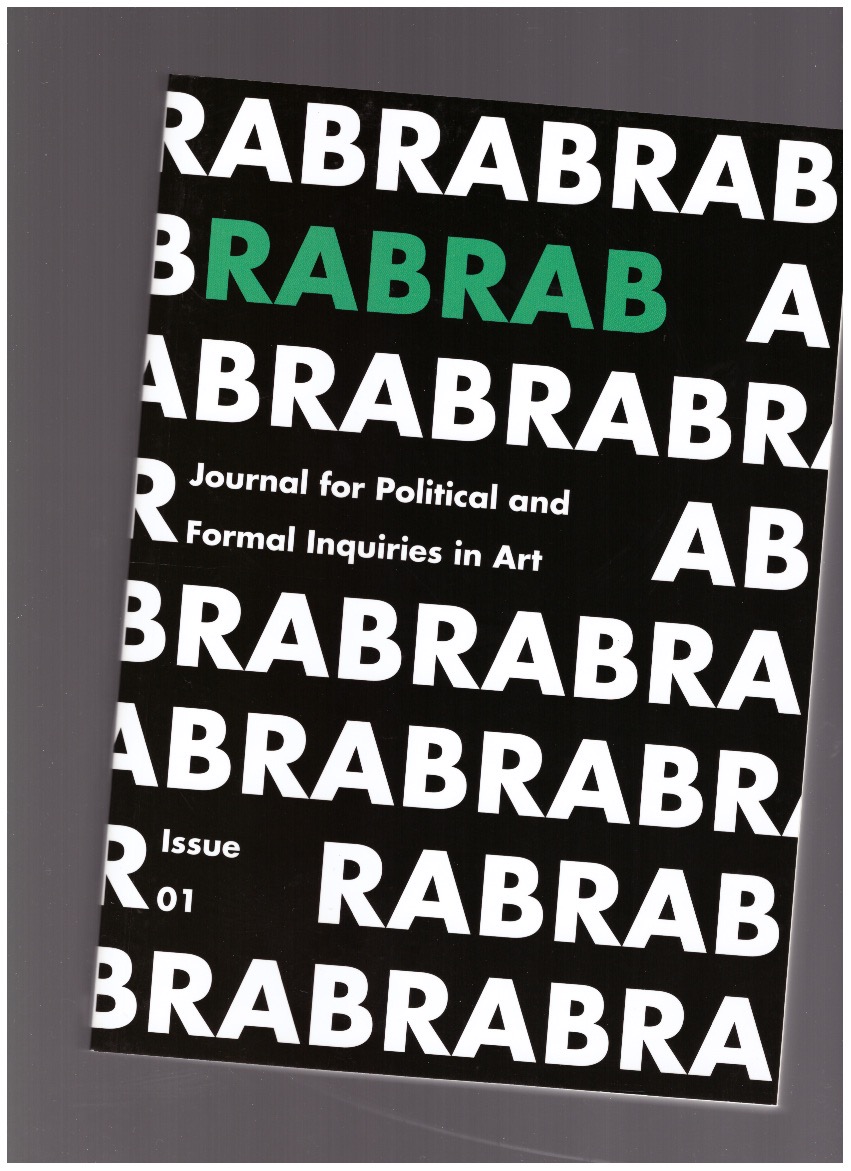