With Psychology of the Rich Aunt, Erich Mühsam made his ironic bid for authorial immortality by announcing his discovery that immortality in fact exists—specifically in the person of the Rich Aunt. By means of twenty-five case studies, arranged alphabetically (from Aunt Amalia to Aunt Zerlinde), Mühsam argues his case: the Rich Aunt is able to live forever provided she has a nephew waiting in the wings for her demise and for his inheritance. The corollary revealed in these tales, of course, is that a Rich Aunt’s eternal rest is directly tied to her nephew’s deprivation of aforementioned inheritance, be it intentional or fortuitous, or the disappearance of any inheritance for her to offer. The pathways to an immortal’s demise thus prove to be varied, and can be the result of anything from the vagrancies of sexual proclivities or the stock market to the unforeseen expenses of literary ambitions or the whims of personality or punctuation. The Rich Aunt emerges as the enduring fly in the ointment of Church, Family, and State, the undoing of fate personified, as well as the transformation of morality into mortality under the aegis of Capital.

Originally published in German in 1905, Psychology of the Rich Aunt is a sardonic, caustically tongue-in-cheek portrayal of greed under capitalism in the bourgeois epoch. It also offers the anarchist author’s lesser-known roots in existential slapstick, and is an entertaining example of the heretical verve that animated his life and work as a whole. 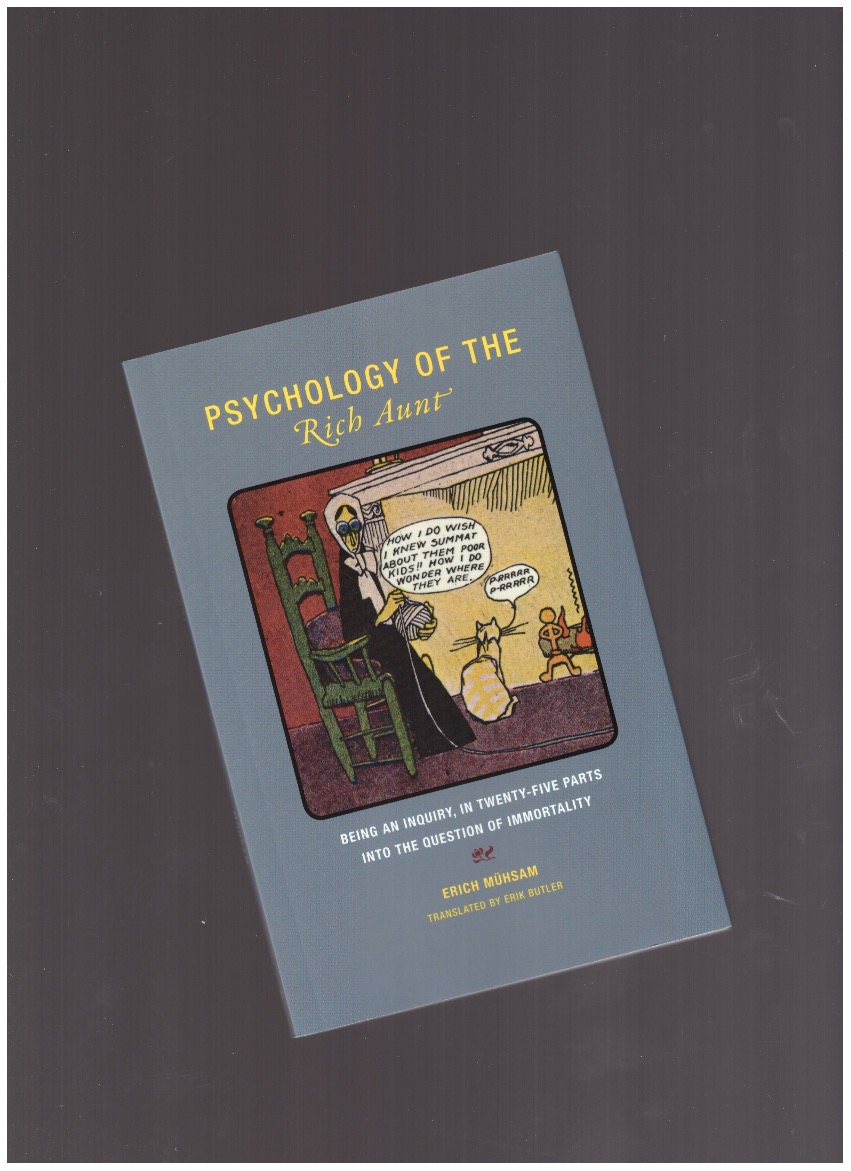