The proxy, a decoy or surrogate, is today often used to designate a computer server acting as an intermediary for requests from clients. Originating in the Latin procurator, an agent representing others in a court of law, proxies are now emblematic of a post-democratic political age, one increasingly populated by bot militias, puppet states, and communication relays. Thus, the proxy works as a dialectical figure that is woven into the fabric of networks, where action and stance seem to be masked, calculated and remote-controlled.

This publication looks at proxy-politics on both a micro and a macro level, exploring proxies as objects, as well as networks as objects. What is the relation between the molecular and the planetary? How to fathom the computational regime? Yet, whilst being a manifestation of the networked age, thinking like a proxy offers loopholes and strategies for survival within it.

The Research Center for Proxy Politics (RCPP) explores and reflects upon the nature of medial networks and their actors. Between September 2014 and August 2017, the center hosted workshops, lectures and events at the Universität der Künste, Berlin, under the auspices of Hito Steyerl’s Lensbased class. RCPP is run by Boaz Levin and Vera Tollmann. [publisher's note.] 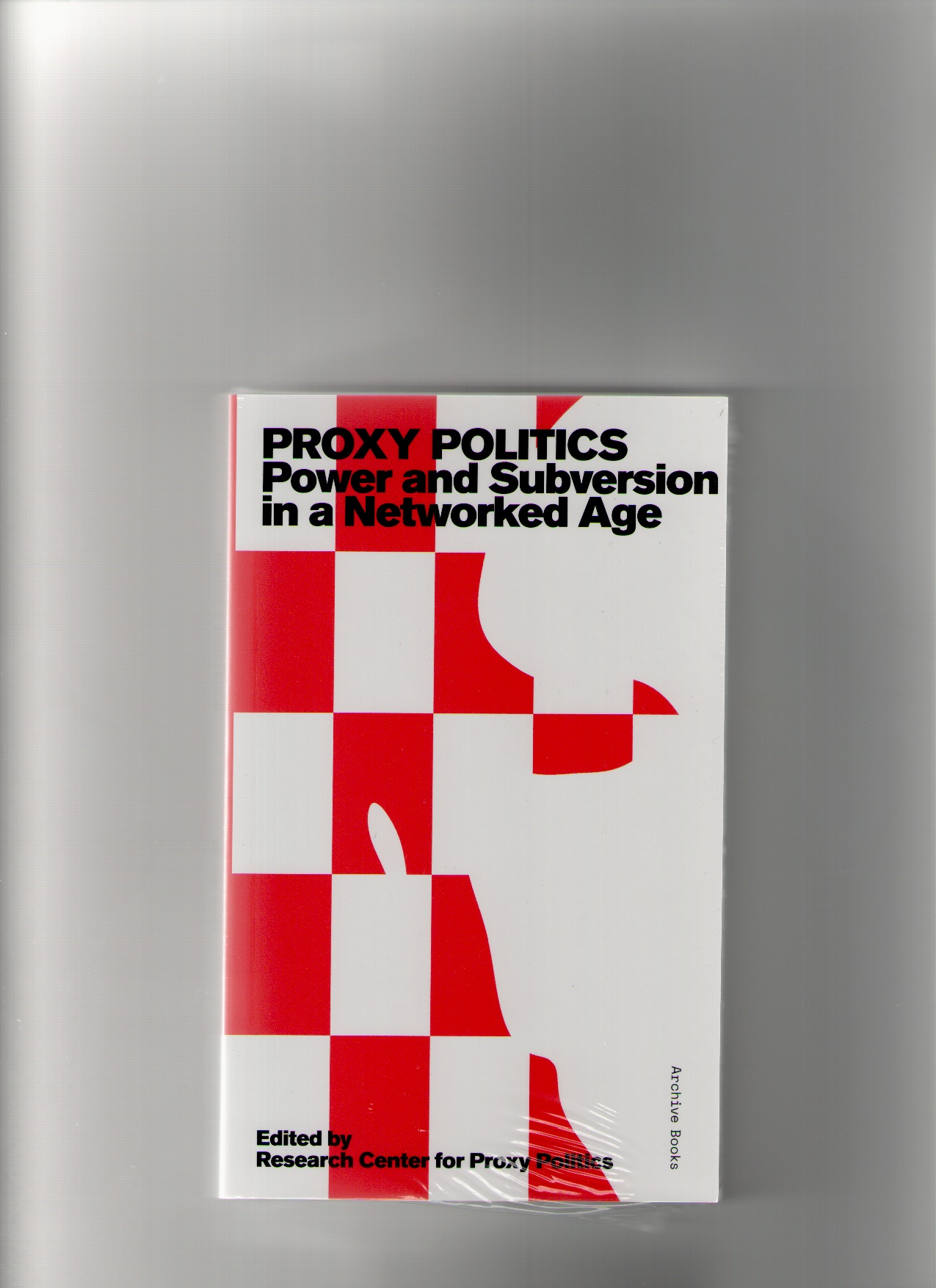