This book revolves around Matter and Mind, a sculpture by artist Noriyuki Haraguchi, permanently installed at the Tehran Museum of Contemporary Art since the museum's inauguration in 1977. Matter and Mind is a 640 × 480 × 30 cm steel basin filled with used engine oil. Over time a ritual came to be when visitors started throwing coins and other things into the oil pool, turning the sculpture into an unwilling wishing well. Forty years on, Shirin Sabahi invited Haraguchi back to the museum to restore his oil pool. The sunken objects were retrieved from the pool and two films were made in the process. The book hosts a previously unpublished booklet by the first chief curator of the museum. This inclusion follows the enveloping logic of the project, where Sabahi’s films, Haraguchi’s sculpture and the objects it holds sequentially encase one another. With contributions by: Negar Azimi, Media Farzin, Farnoosh Fathi, David Galloway, Adam Kleinman, Edit Molnár, Shirin Sabahi, Sissel Tolaas. [publisher's note] 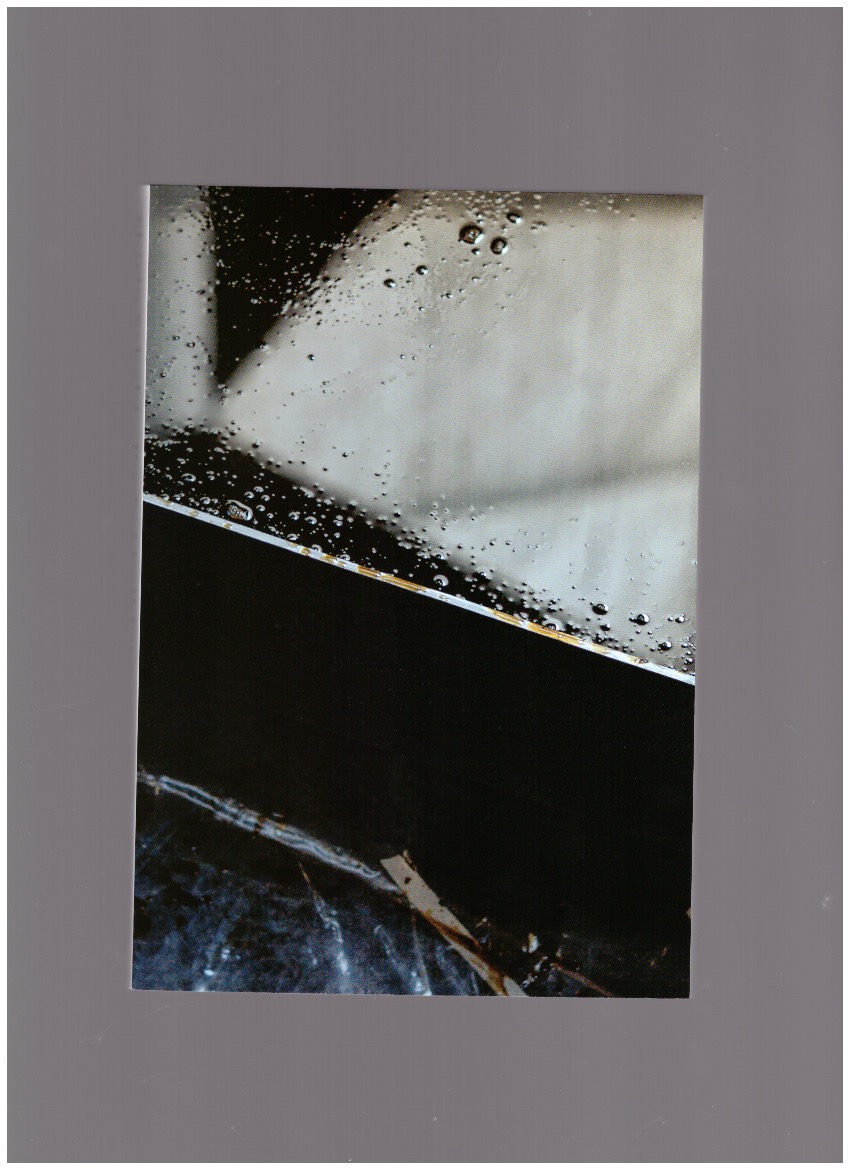 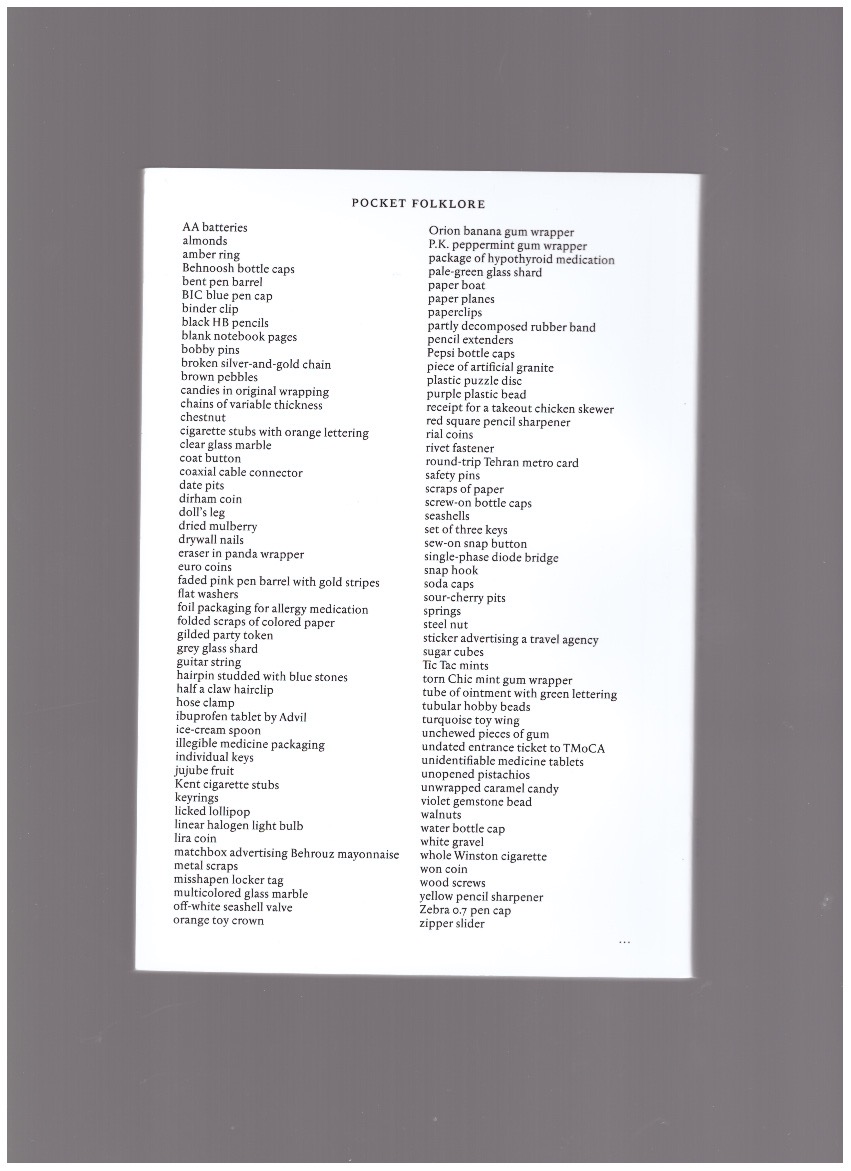