An artist whose beautiful, restrained and often mutable works are abundant in compelling contradictions, Felix Gonzalez-Torres (1957−1996) was committed to a democratic form of art informed as much by aesthetic and conceptual concerns as by politics. His work eschews the polemical and didactic, while challenging authority and our obeisance to it, dissolving the delineations between public and private, and inviting the viewer to collaborate and complete works with her own inferences, point of view, imagination, and actions.

Made at the height of the AIDS crisis, in a pre-internet era, the photostats—a series of fixed works with white serif text on black fields framed behind glass to create a reflective surface—are profoundly suggestive lists of political, cultural, and historical references. These works disrupt linear time, the seemingly causal relationships of chronology, and hierarchies of information as they ask how we receive and prioritize information, how we remember and forget, and how we continuously create new meaning. The photostats have a deep kinship with poetry in their use of specificity and ambiguity, operating as open fields: each juxtaposition and its oblique friction illuminates connections and disconnections.

The photostats also recall the screen—the television, and now the computer and phone—in which information is furiously delivered, and we are challenged to parse substance from surface, what we choose to assimilate from what we choose to reject. In the gallery, the glass surface of the framed photostats brings the viewer into an intimate relationship with the work as she may literally see herself in it—reflecting, too, her own assumptions. Now, as we find ourselves thirty years later, in a global pandemic, with a national reckoning in the face of enduring protests against police brutality and racial injustice, there is more to see of ourselves in the photostats and their uncanny multiplicity: layers of history with which we are only beginning to grapple as a society, grief in the wake of devastating loss, and the possibility of reinvention and regeneration.

Intended as discrete space to closely read the photostats with sustained attention, this elegant, clothbound volume opens from both sides: on one side, the framed photostats are reproduced as objects as one might encounter them in a gallery; on the other, white texts appear on full-bleed black fields to be read as writing. Its intimate size and its attention to the book as a physical object create a new way to experience the photostats.

In between the two sides, there are gorgeous and thought-provoking writings by poets Mónica de la Torre and Ann Lauterbach that do not explicate the work but instead enter it. Lauterbach penetrates the atmosphere of the photostats, contemplating mourning and memory while invoking Gonzalez-Torres’s spirit of generosity. De la Torre mines Gonzalez-Torres’s dates and references in her constraint-based essay, tracing time from past to present, while keenly attentive to the impossibility of linearity. Both demonstrate the richness of the work and its potential to inspire multiple readings. [puiblisher's note] 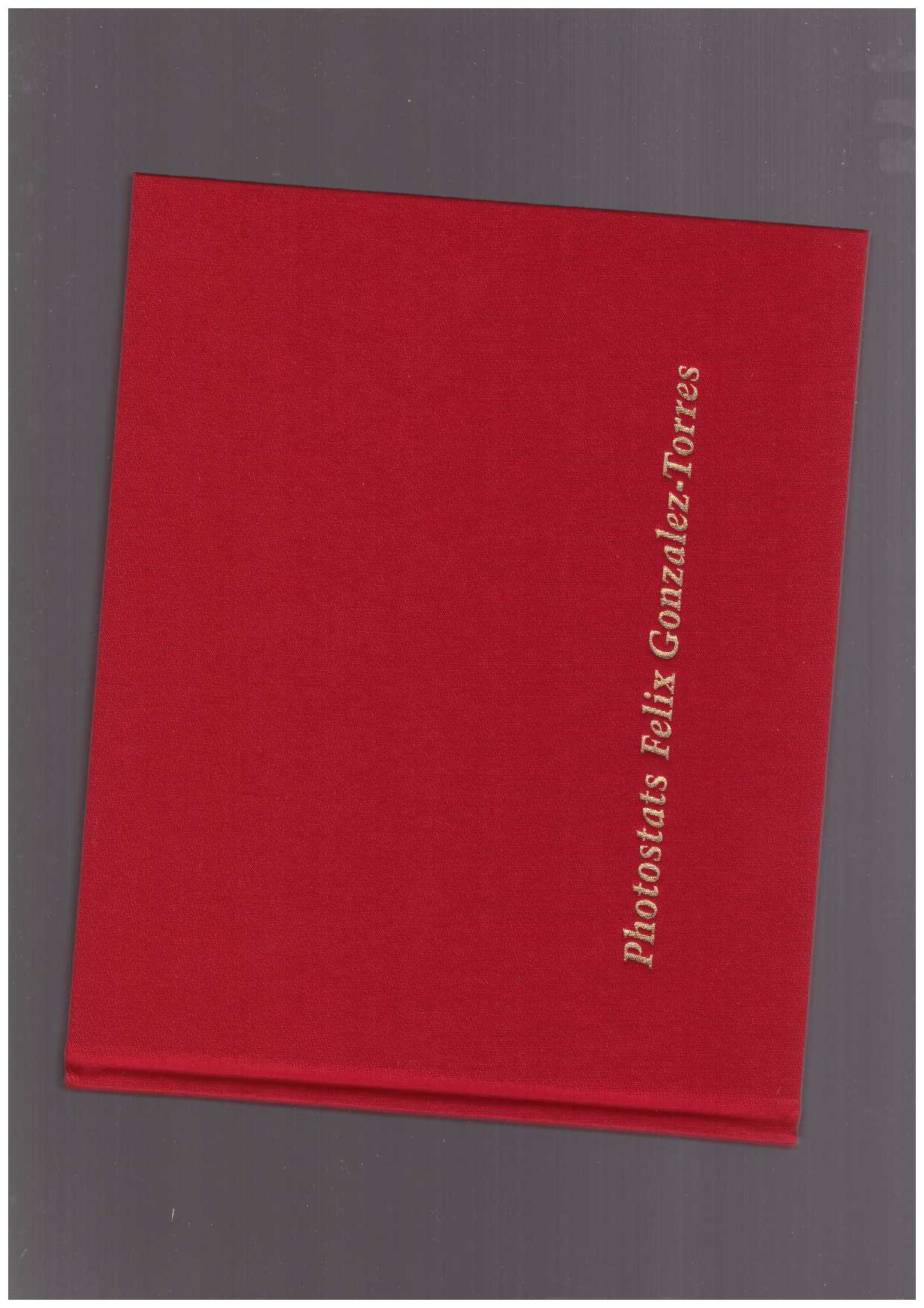