For most of his adult life, Karlheinz Weinberger (1921–2006) worked in the warehouse department of the Siemens factory in Zurich, Switzerland. On the weekends, he escaped his job’s monotony by immersing himself in photography. Self-taught, Weinberger rarely exhibited his photographs until his “discovery” during the final years of his life.

Photographs: Together & Alone presents 200 never-before-published vintage photographic prints that were re-discovered in 2017. Edited by Ben Estes, this unique collection pairs images of Weinberger’s most famous subjects, the “Halbstarke,” a loosely organized group of Swiss “rebels” in the late 1950s and early 1960s, carousing at local carnivals and on a camping trip, with a much more private side of Weinberger’s oeuvre: solo portraits of men from the late 1950s through the mid-1970s whom he invited into his makeshift studio in the rooms of the apartment he shared with his mother.

The men in these portraits—construction workers, street vendors, bicycle messengers, outsiders—span a spectrum of fully clothed, arms-crossed poses to campy and flirtatious, fully nude and reclined, while others mimic art historical postures. All of these images, though, reveal a palpable sense of tenderness between photographer and subject, revealing an expansive and uncritical take on the male form in an era when being photographed wasn’t such a casual, ubiquitous record as it is today. Though not a professional photographer—he worked as a warehouse stock manager—Weinberger captured his subjects with a distinctly gay male gaze, both carnal and artistic, and this collection is certain to earn his work a larger following and appreciation. [publisher’s note]

With an introduction by photographer Collier Schorr. 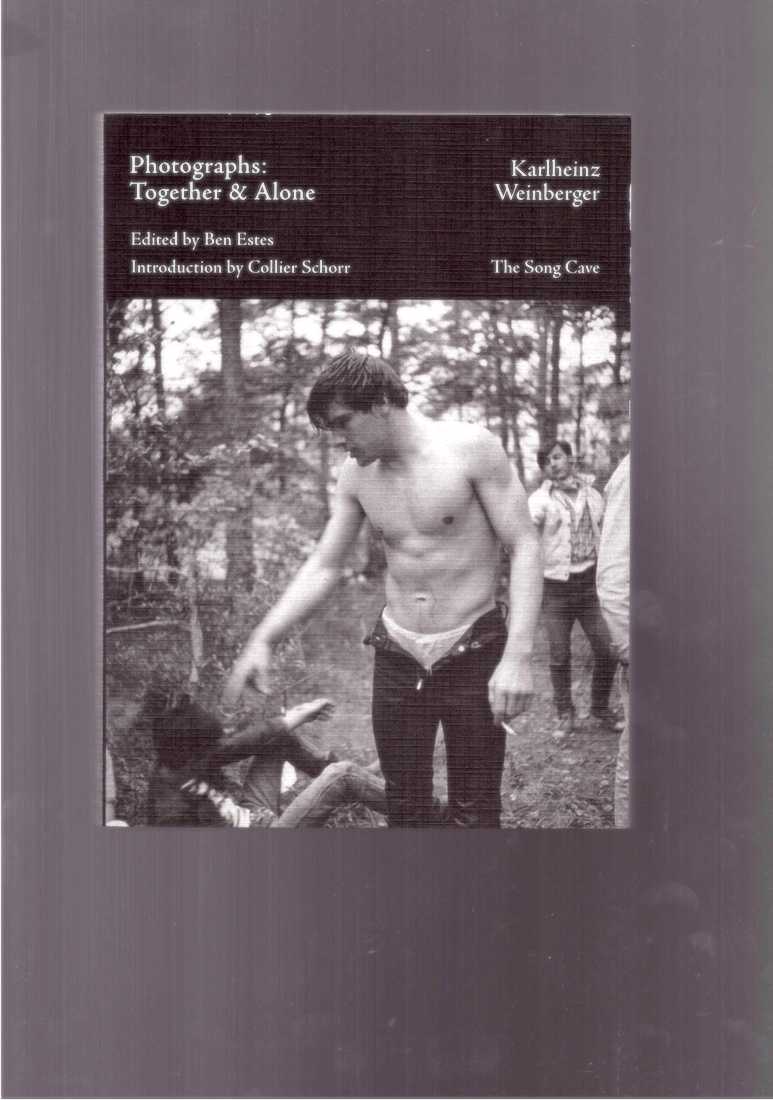