The book was part of a performative talk given only twice by the French conceptual artist Philippe Thomas (1951–95). What audience members realised upon leaving the auditorium, and discovering the book, was that the talk they had just witnessed was minutely scripted – down to Thomas’ smallest gestures and pauses – in the book itself. Thomas thus blurred definitions of artist's talk, performance, transcript and book, producing instead a complex play on words and speech. Consistent with Thomas’ practice to distinguish his name from authorship, this book is attributed to Daniel Bosser, the collector who acquired the piece.

Translated into English by Antony Hudek.
Includes a new essay on Thomas' work by Émeline Jaret. 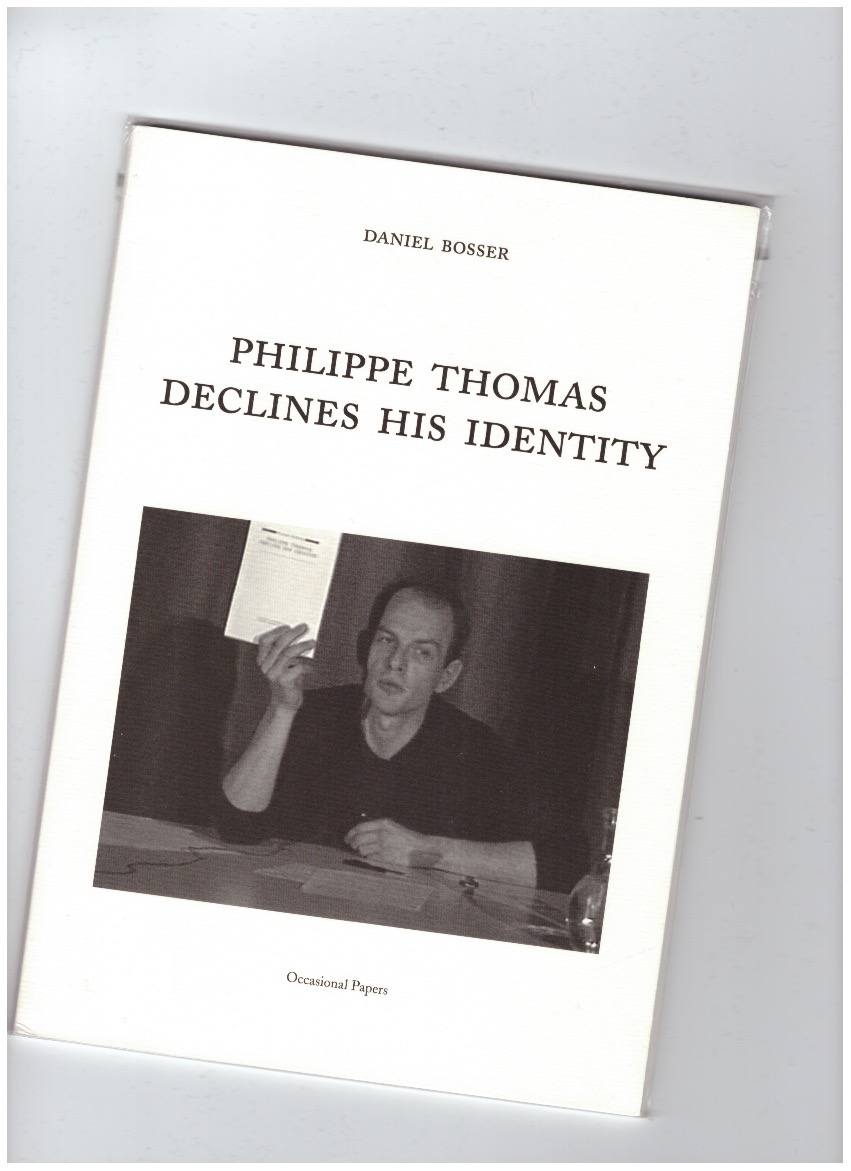