The meaning of the word ‘error’, in its origin, is neutral. In Latin ‘errare’ means both ‘to wander freely’ and ‘to wander from the right path’. After the seventeenth century, however, the word ‘error’ lost its ambiguity within English usage and became clearly understood as wrongdoing, as defect, as a way of missing a desired effect.

The ninth issue of Pfeil Magazine focuses on the potential of erroneous processes to redefine the meaning of malfunction and takes a look at movements that are aimless or non-productive. Through this reflection, ‘error’ is introduced once again as a possibility of wandering freely. [publisher's note] 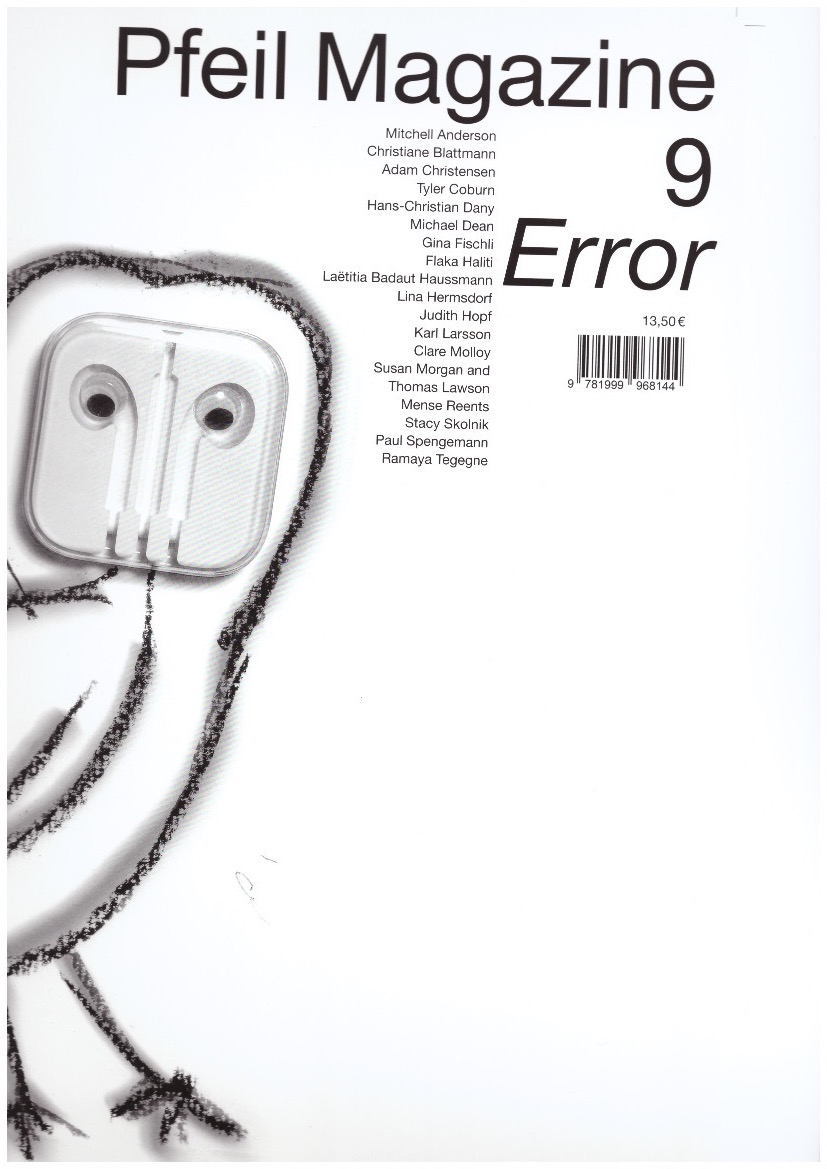