This volume collects, for the first time, all of Brion Gysin’s “permutated poems.” Written between 1958 and 1982, these poems are composed from a brief phrase or sentence whose words are exhaustively or almost exhaustively permuted over the course of each poem. Gysin wrote the texts manually at first, although later, in collaboration with programmer Ian Sommerville, he would generate permutation poems with the help of a computer.

There were several versions of many of the permutation poems, which were also presented in multiple media; some were published in books, while others exist only as audio recordings. Many of them derive from a 1961 BBC radio commission, “The Permutated Poems of Brion Gysin,” in which readings of the texts were recorded, cut up, modulated, and overlapped. The present collection brings together all published and—where transcribable—unpublished versions of each poem, as well as a short expository text by Gysin. The poems are organized in chronological order by first publication or first recording, with further versions of each poem grouped together in chronological order immediately after the initial version. This organization brings distinctions between versions into relief, allowing readers to explore the playful systematicity that undergirds this remarkable body of work. [publisher's note] 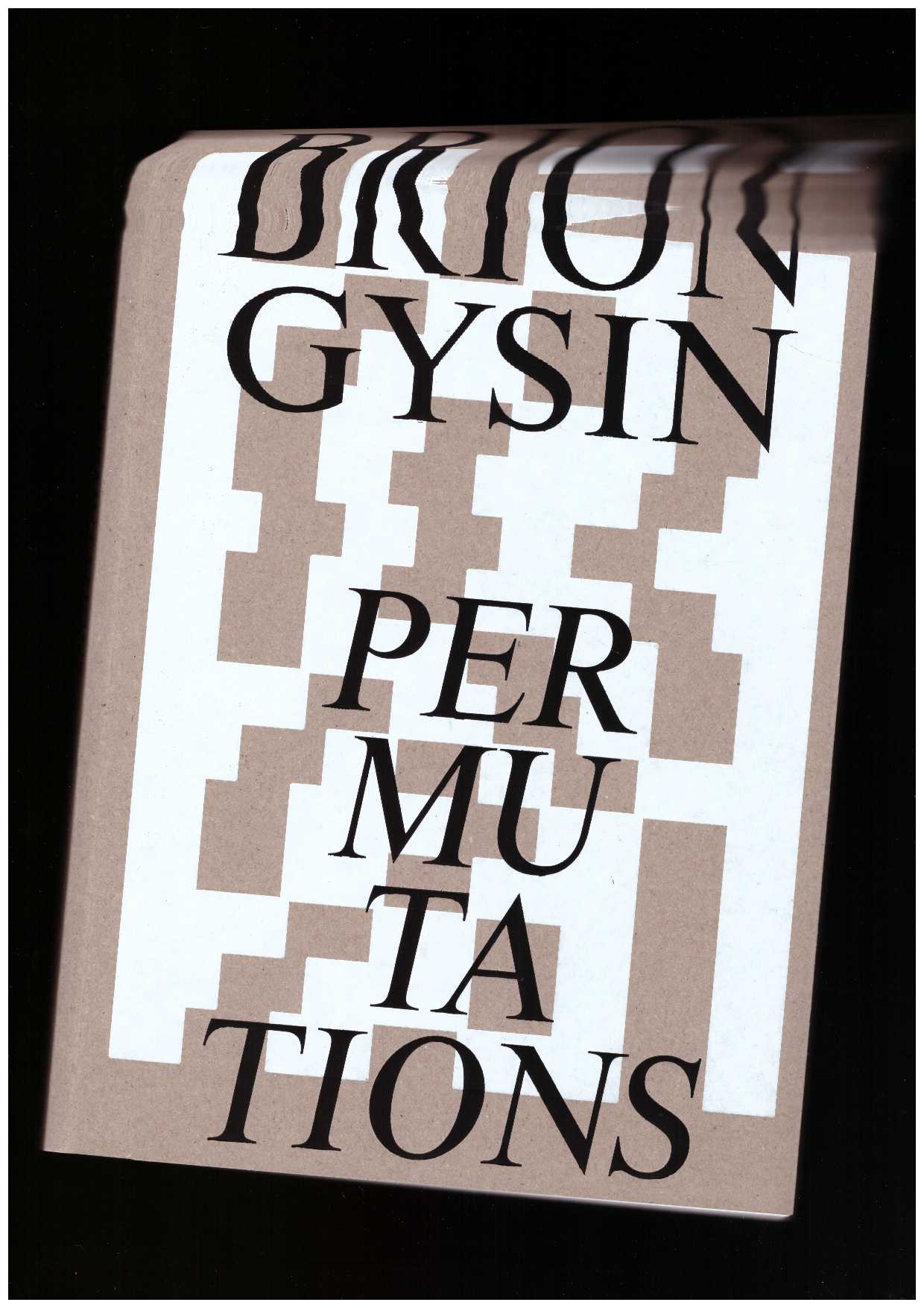