Sky Hopinka's Perfidia moves within the textured landscape of memory, both personal and collective, to address the founding colonial violence of the United States and its lasting impact. In a series of cantos, the book-length poem surfaces a first-person narrative amidst the stream of history and its accounting through the voices of ancestors and kin. Shifting registers between the embodied and the spiritual, Perfidia's subjective syntax destabilizes entrenched colonial perspectives and concomitant descriptions of land, sky, sea, myth, place, and personhood.

Perfidia sits at the center of Hopinka's most recent body of filmic work, which draws from the poem's sixteen cantos and its previous iterations. These filmic works include the short film Lore (2019), the 2-channel video installation Cloudless Blue Egress of Summer (2019), the feature-length film maɬni (2020), and the photo series The Land Describes Itself (2019).

Perfidia is published on the occasion of Hopinka’s solo exhibition Centers of Somewhere at the Center for Curatorial Studies, Bard College (October 17, 2020 – February 14, 2021). The publication features a foreword by CCS Bard Director of Graduate Programs and Chief Curator, Lauren Cornell, and an introduction by Los Angeles-based curator and critic, Julie Niemi, who initiated the project with Hopinka in Milwaukee, Wisconsin in 2019. Perfidia is co-published by the Center for Curatorial Studies at Bard College.[publisher's note] 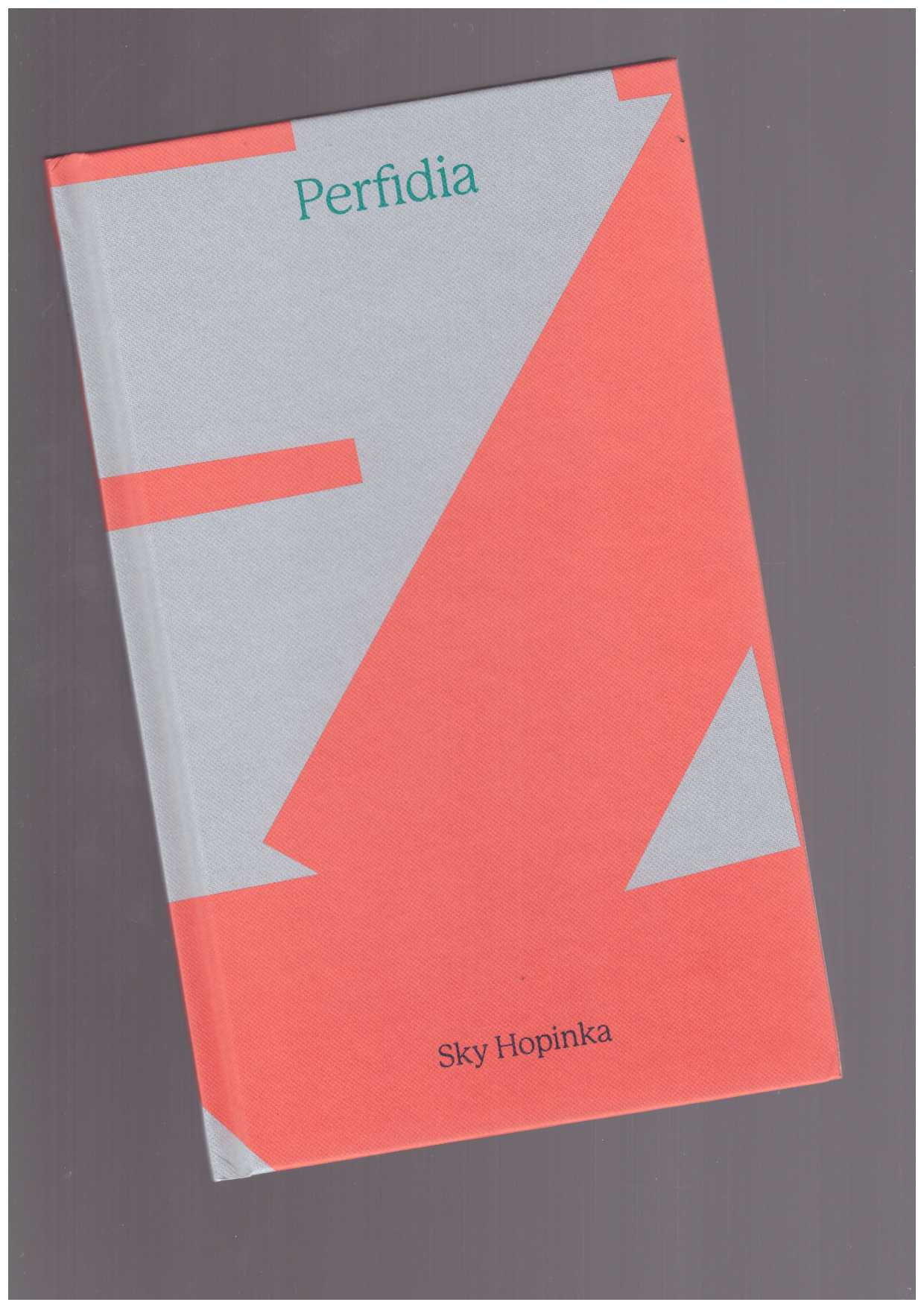