A path is created when a direction is taken, its production marks the imbrication of personal choice, communal action and subhuman (structural, historical, ecological) conditionings. We are at the same time the makers of our paths and subject to the inheritance of paths we have made with others and which have arrived before our own makings. And just as class is not a static, abstract, transhistorical form, neither are the paths of its articulation as autonomous revolts of selves against capital – there are many paths to, for, and of autonomy. The autonomist tradition, that politically experimental effort to build autonomy within and against capitalism, has been intensely variegated from its inception in the 1970s. From an initial focus upon the question of proletarian autonomy, its paths have multiplied, bifurcated, and diffused. Following the legacies of decolonial and feminist autonomism, we would argue for an embrace of autonomy’s differences and bifurcations. We see not one path but many. A diffusion that not only amounts to the proliferation of oppositional subjects – i.e. a proliferation of the modes by which we refuse to be subjects for capital – but also of the geographies, ecologies, and temporalities that mediate the articulation of selves.

Paths to Autonomy began in 2020 as our effort to think these manifold paths through assemblies, talks and readings situated in the post-state socialist, Eastern European, context of Lithuania. For we, ourselves, begin in the East. It is the circumstance within and against which our path to autonomy is necessarily mediated. We, the present inheritors of state socialism’s experiments, catastrophes, and subterranean potentialities step into a future conditioned not only by its highways, nuclear plants, wars, and imperialist historiographies, but also by the manifold paths of autonomy, resistance, and rebellion that arose both within and against its territories. In Paths to Autonomy you will find excavations of this parallel history of Eastern autonomism; the opening of dialogues between militants in the East and the global autonomist movement; and some critical interventions in contemporary autonomist theory. Threaded throughout the book is a lexicon of concepts formed by contributors, which can be approached on one hand as a red thread – suggesting connections and affinities amidst notable differences – and on the other as a toolkit for the journeys and struggles that await us in the cultivation of paths to come. [editors’ note] 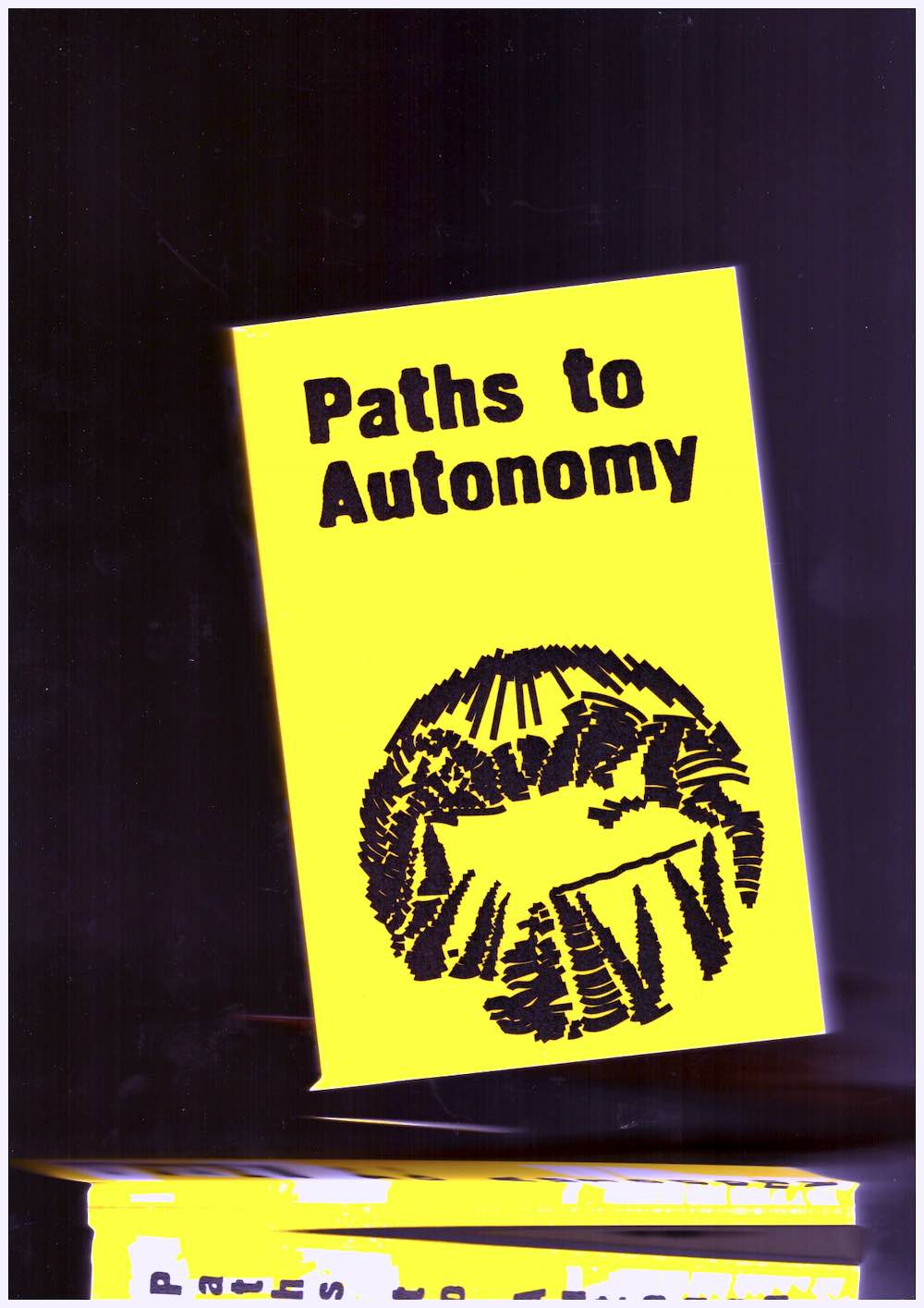