YADONG HAO, Sophia
Of Other Spaces – Where Does Gesture Become Event?

Resonating with the ethos of open dialogue and the experimentation of women artists' collectives in the 1970s and 1980s, Of Other Spaces: Where Does Gesture Become Event? constructs a dynamic, open, and collaborative arena that foregrounds practices of resistance, collectivity, and self-organization. Highlighting the inherent seditiousness that animates feminist thinking, the book seeks out the lodestone of a volatile politics that calls for and instigates urgent alternatives to the cultural, political, and economic machineries of power that haunt this world. Contributors include seminal women thinkers, writers, and artists.

"Of Other Spaces: Where Does Gesture Become Event? commemorates and continues two events that brought together women's voices in art and thought through an exhibition and a symposium. Radical time and radical space meet here. Citing the spirit of feminist collectives in the 1970s, the 12-Hour Action Group International Symposium celebrated a fluid, shifting, and nonchronological present tense that could engage with the public space of exhibition making as a site for critical inquiry and political contestation. This collection of ideas makes an invaluable contribution to feminist aesthetics while also documenting important but ephemeral moments of performance and dialogue between women." —Laura Mulvey 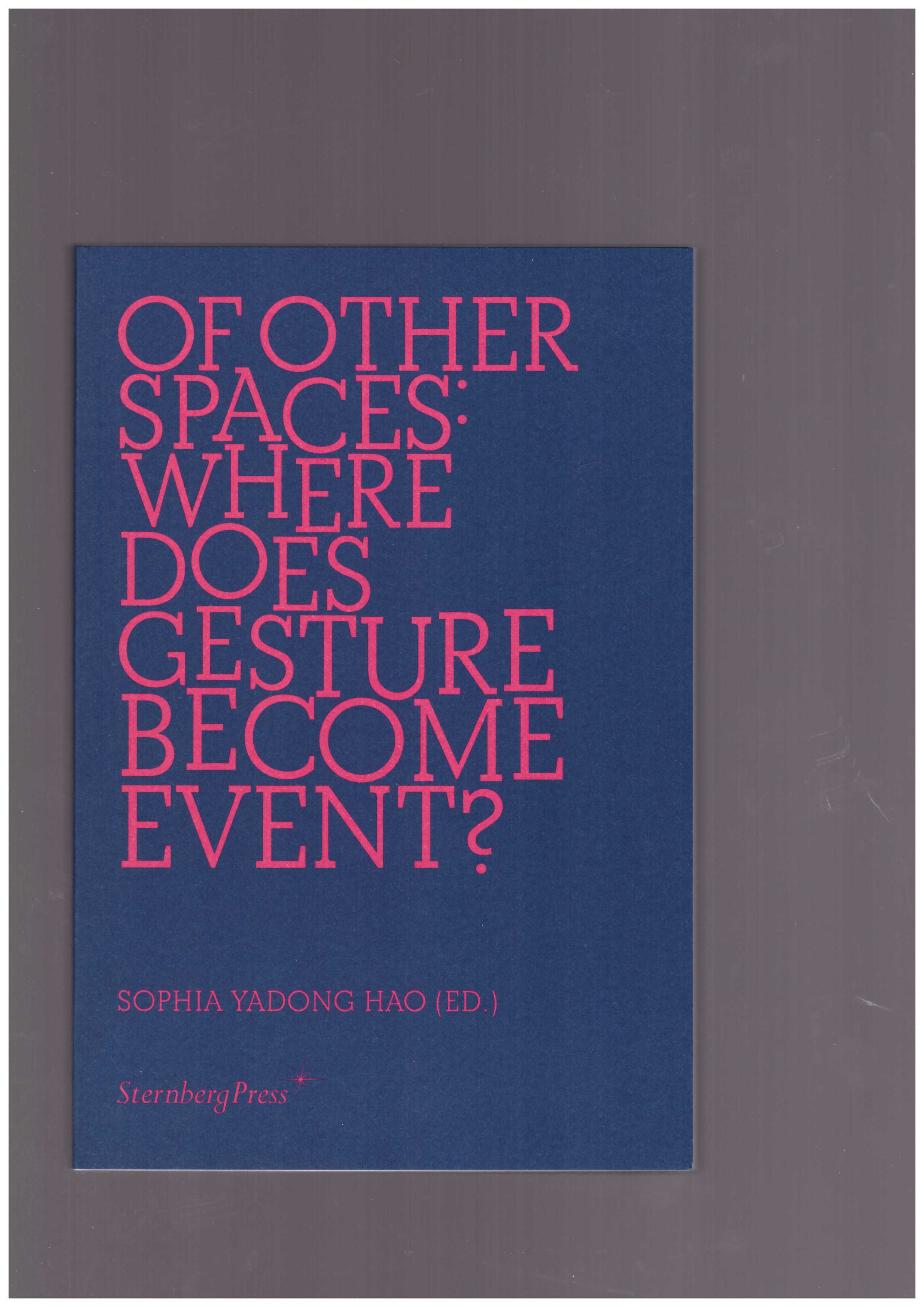