A concise summary of the monumental paintings, supergraphics, and art realised in mosaic technique in mainly Soviet-era Estonia. An essay and short descriptions of all the 94 depicted monumental works written by art historian Gregor Taul accompany Paul Kuimet’s detailed photography. The book gives an excellent overview of the art in public space in Estonia before the so-called percentage law came into force, of the Soviet-era “synthesis of the arts” and the fate of the works in the working class lunch rooms, cultural houses and apartment buildings under capitalism. [publisher’s note]

That book was first published in Estonian in 2012, to celebrate Tõnis Saadoja’s ceiling painting in Theatre NO99. 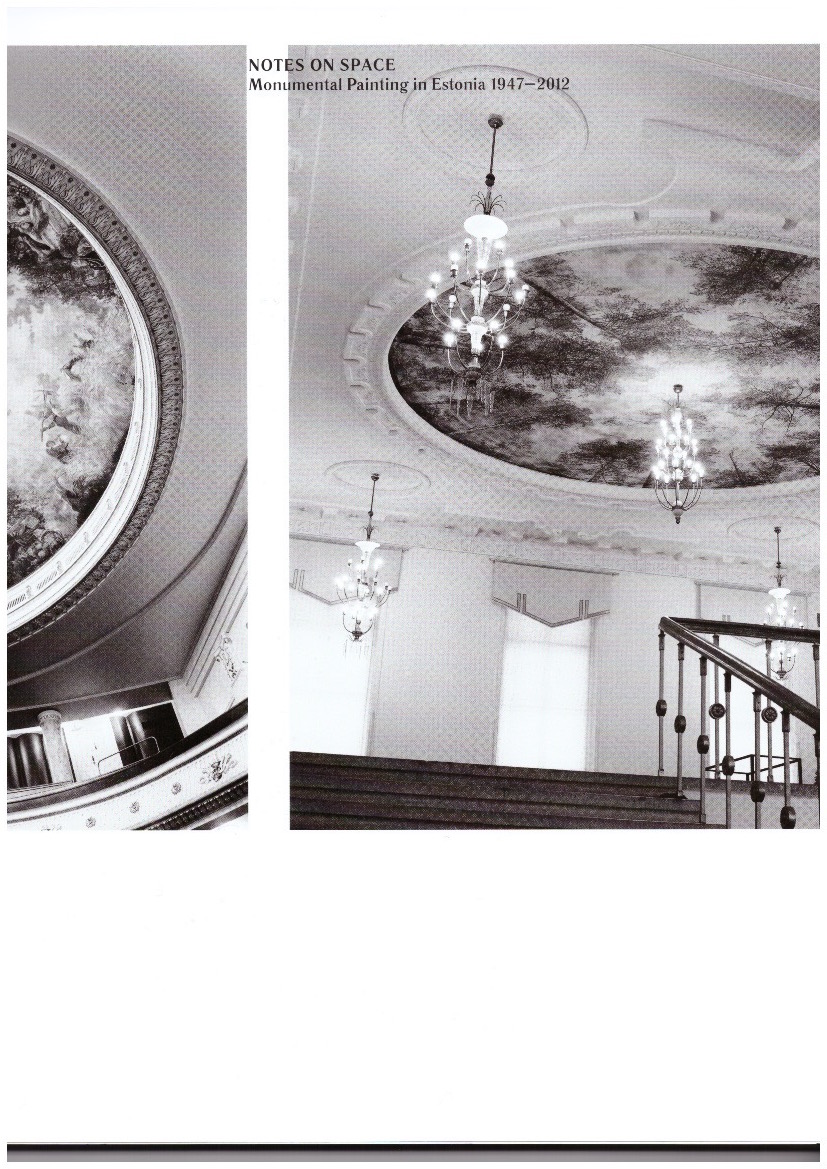