Next Spring is an occasional series of art reviews published in book form. Each new issue in the series is informed by a place where a member of the editorial collective is living, with invited authors given a year to write an in-depth piece of criticism focused on an expanded form of moving image. Published in English and the language of place.

The second volume in the series focuses on one film work, April (2008/15) by Marianna Christofides. Authored by Cypriot art writer Elena Parpa, the text is a companion piece to the film that develops as another visual experience. Travelling to various locations in Southern Europe, Parpa traces the film's spaces and revisions its critique of landscape and colonization, memory and reconnection. 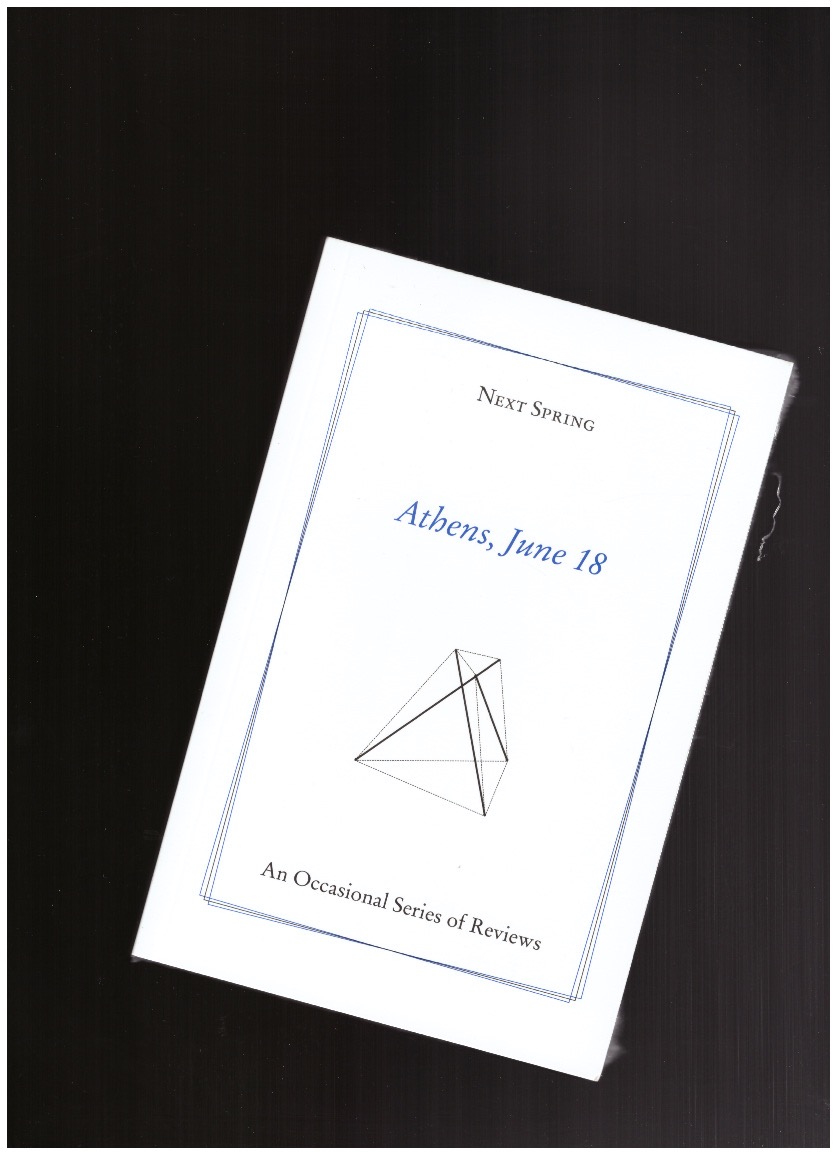