Originally issued in 1970, this stunning creation of its era has, until now, remained among the rarest artifacts works of musical minimalism. Out of print for almost 50 years, this edition represents its first ever reissue in any form, complete with an interview conducted between Winfried Mühlum-Pyrápheros and Stefan Bremer for this occasion, and newly commissioned liner notes by Bradford Bailey. Mastering by Giuseppe Ielasi. 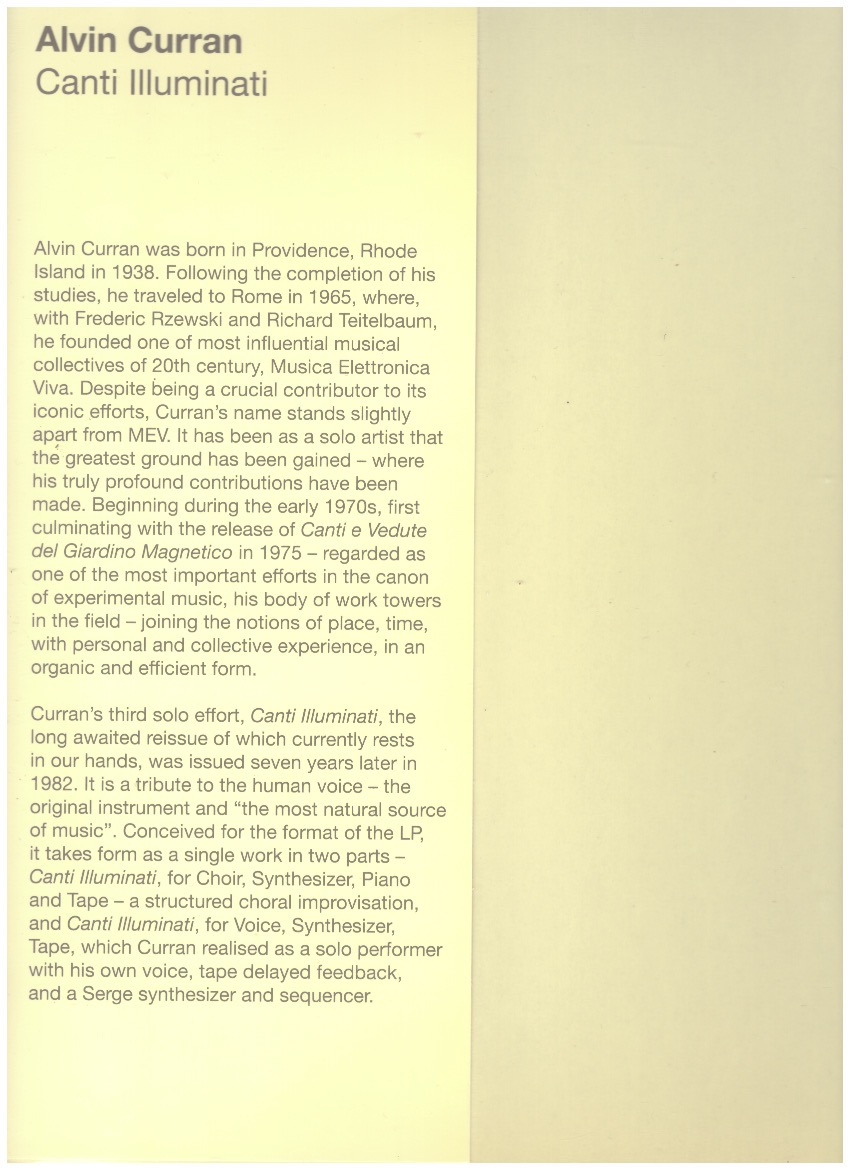