Made up of architects, lawyers, journalists, scientists, designers, and more, Forensic Architecture is part investigative research lab, political think tank, journalism bureau, artists’ collective, and detective agency. Based at Goldsmiths, University of London, they investigate the wider repercussions of human rights and environmental violations by the means of architectural thinking. In 10 years of work, they have researched illegal detention sites in Cameroon, examined police shootings in Chicago and elsewhere, modelled a prison in Syria using victims’ memories of sound, and digitally recreated the fires at Grenfell Tower in London. At its forefront is Eyal Weizman, a British Israeli architect.

Born in 1970 in Haifa, Weizman studied at the Architectural Association in London before gaining international recognition with an exhibition of models of Jewish settlements built in the occupied Palestinian territories. The work spoke of his projects to come: of his use of architecture as a means of investigation, and refusal to be silenced by those in a position of power.

Forensic Architecture has since used a range of pioneering techniques, from reading the ‘fingerprints’ of smoke clouds left behind by missile strikes, to programming algorithms to sift through thousands of online videos. Their research is used mainly as evidence in court cases and tribunals, but has also leaked into the public spheres of museums and art exhibitions – including their contribution to last year’s Whitney Biennial in New York, where they exposed the vice chair of the Whitney board as owner of Safariland, a corporation earning their fortunes with the manufacturing of ‘less-lethal weapons’.

With mono.kultur, Eyal Weizman talked about obsessing over split seconds, information as a form of power, and the smell of tear gas.

The issue comes bursting at the seams with content, featuring one of our longest interviews yet, as well as dozens of projects by Forensic Architecture, all extensively explained and illustrated. [publisher's note] 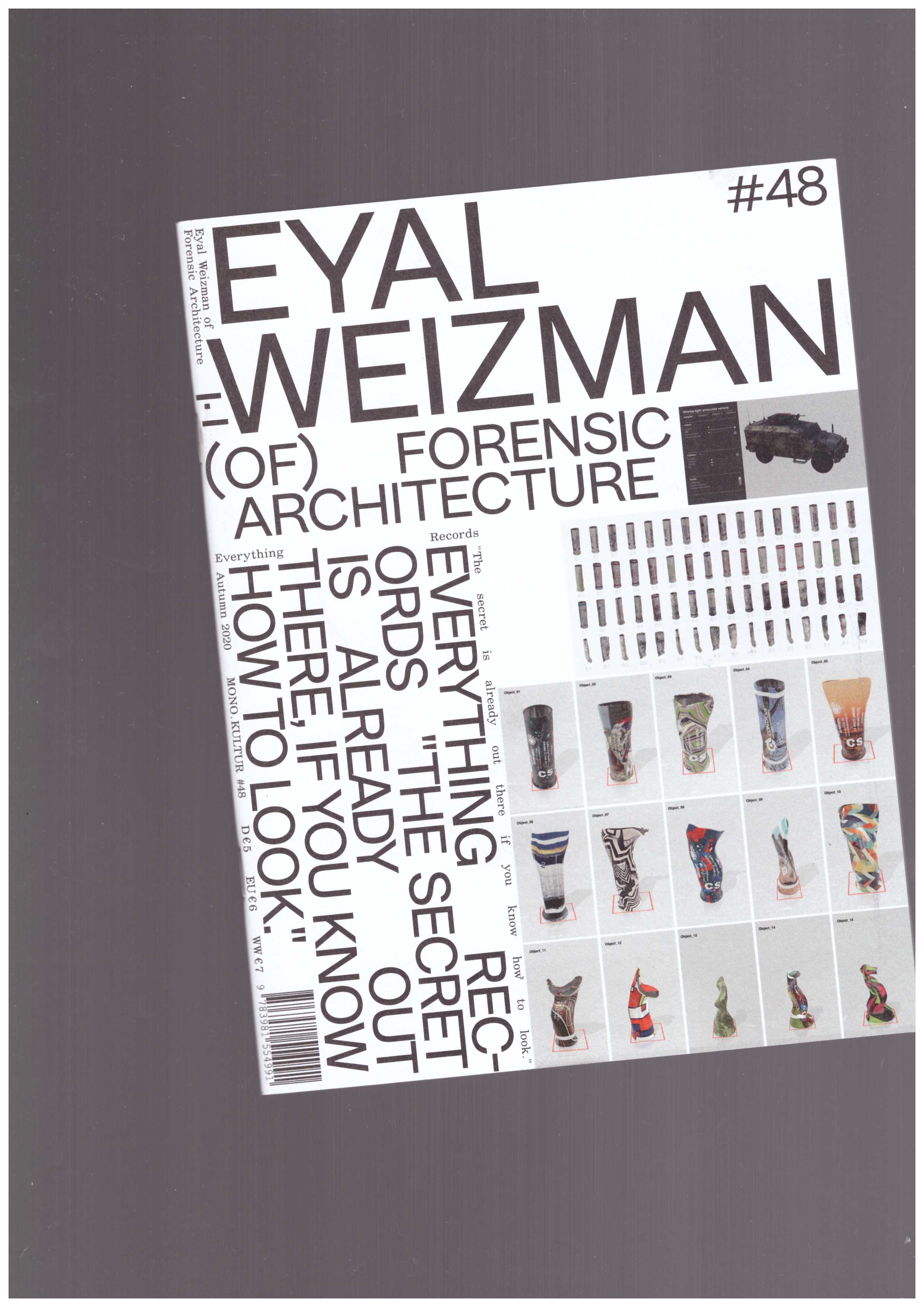