“'What Was An Author?' Right from the opening words of these Tempest Essays, we see the great Molly Nesbit at work undoing and radically repositioning the time codes for the artist. She creates a living archive of critical debates, politics and philosophies. She paints a vivid picture of the many junctions between people, objects, quasi-objects and non-objects throughout the twentieth century and into the twenty-first. This is a true protest against forgetting as well as a toolbox for contemporary art criticism. Call it a guidebook to the labyrinth of reality.” —Hans Ulrich Obrist

Molly Nesbit is Professor in the Department of Art at Vassar College and a contributing editor of Artforum. This is the second book in her Pre-Occupations series, following The Pragmatism in the History of Art (2013). Her other books include Atget's Seven Albums (1992) and Their Common Sense (2000). 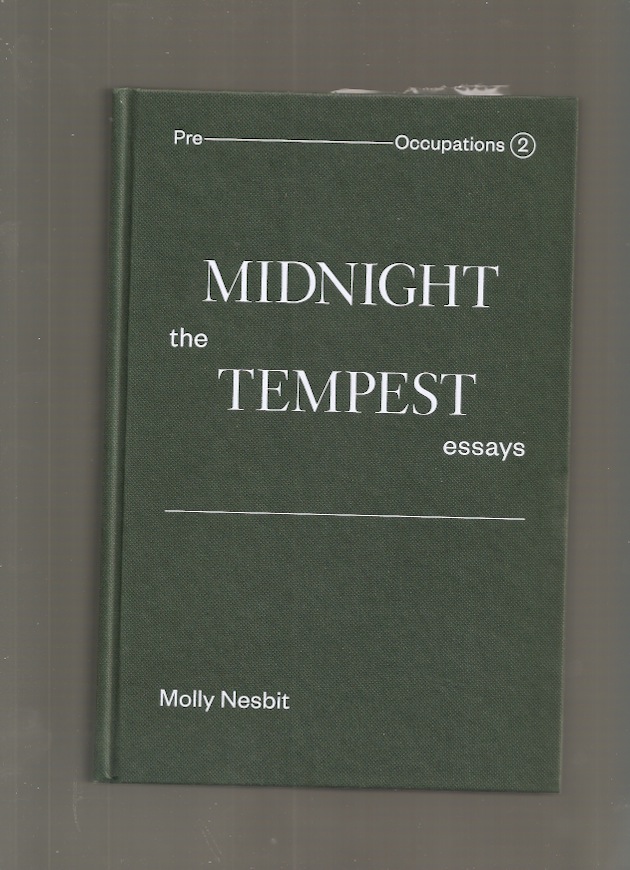