Megalith Zero collects a series of recent paintings by Panayiotis Terzis. Monumental hands in a primordial landscape count down from five to one, as megalithic faces mark this progression with increasing intensity and alarm. Forms inspired by science fiction and classical antiquity are rendered in vivid hues. In this prequel to his ongoing Megalith series of publications, Pan boils down his array of familiar images into their most elemental forms in search of a primary, volcanic energy. (publisher's note) 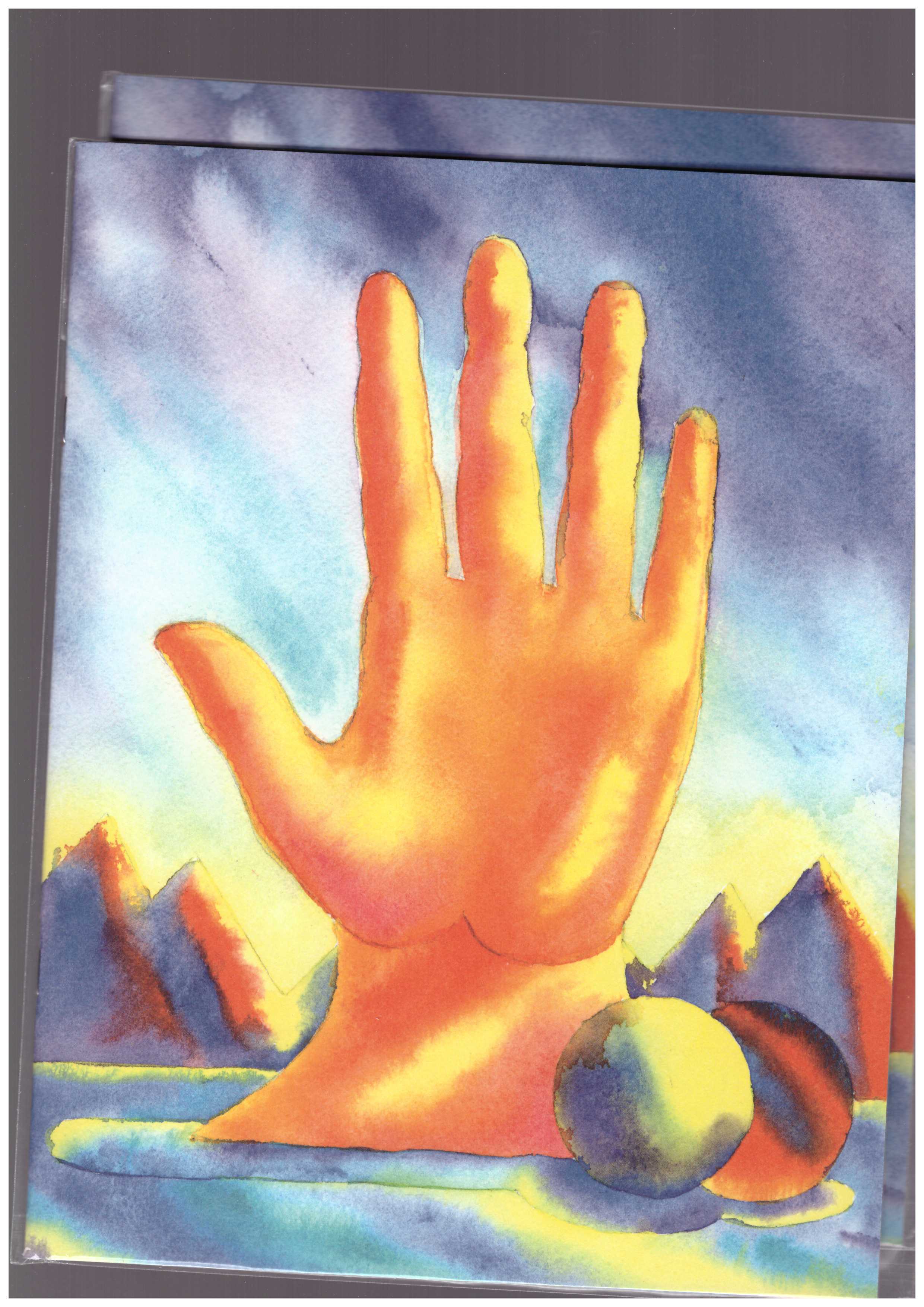