First published in 1994, Robert Glück’s Margery Kempe is one of the most provocative, poignant, and inventive American novels of the last quarter century. The book tells two stories of romantic obsession. One, based on the first autobiography in English, the medieval Book of Margery Kempe, is about a fifteenth-century woman from East Anglia, a visionary, a troublemaker, a pilgrim to the Holy Land, and an aspiring saint, and her love affair with Jesus. It is complicated. The other is about the author’s own love for an alluring and elusive young American, L. It is complicated. Between these two Margery Kempe, the novel, emerges as an unprecedented exploration of desire, devotion, abjection, and sexual obsession in the form of a novel like no other novel. Robert Glück’s masterpiece bears comparison with the finest work of such writers as Kathy Acker and Chris Kraus. This edition includes an essay by Glück about the creation of the book titled ”My Margery, Margery’s Bob.” [publisher's note] 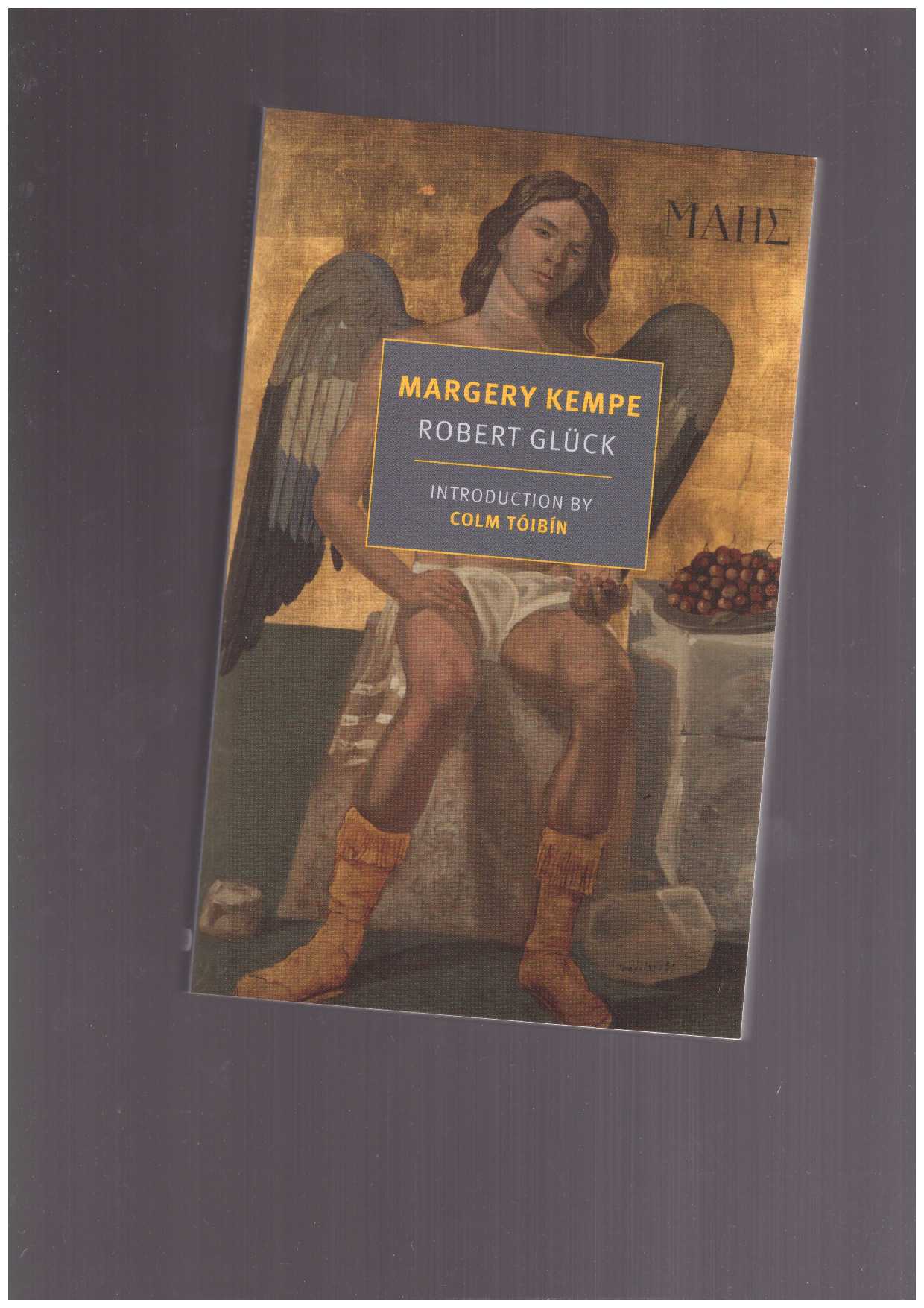