°° BIG BOOK ALERT °°
The American author Kathy Acker was one of the most influential writers of the 20th century. Working through a tradition spanning Bataille, Burroughs, Schneemann, French critical theory and pornography, she wrote numerous novels, essays, poems and novellas from the early 1970s to the late 1990s, among them the classics The Childlike Life of the Black Tarantula, Blood and Guts in High School and In Memoriam to Identity. A truly pioneering postmodernist, plagiarist and postpunk feminist, Acker continues to inspire generations of writers, philosophers and artists, from her contemporaries such as Dodie Bellamy, Avital Ronell, McKenzie Wark and Chris Kraus to younger writers such as Bhanu Kapil and Olivia Laing.
Get Rid of Meaning is the first comprehensive publication to synthesize art and literary perspectives on Acker’s work. It shows Acker’s own visual sensibility in her cut-up notebooks and her use of mail-art idioms, and orients her emergence within the 1970s art scenes in New York and California populated by Eleanor Antin, Lynn Hershman Leeson and Constance DeJong, among others—artists who made innovations in performance, of which Acker would make use.
Also included is previously unpublished material from Acker’s personal archive and other collections, including correspondence, her library and various personal effects. [publisher's note]


Please Note: additional shipping fees might be charged as this book is oversized ;) 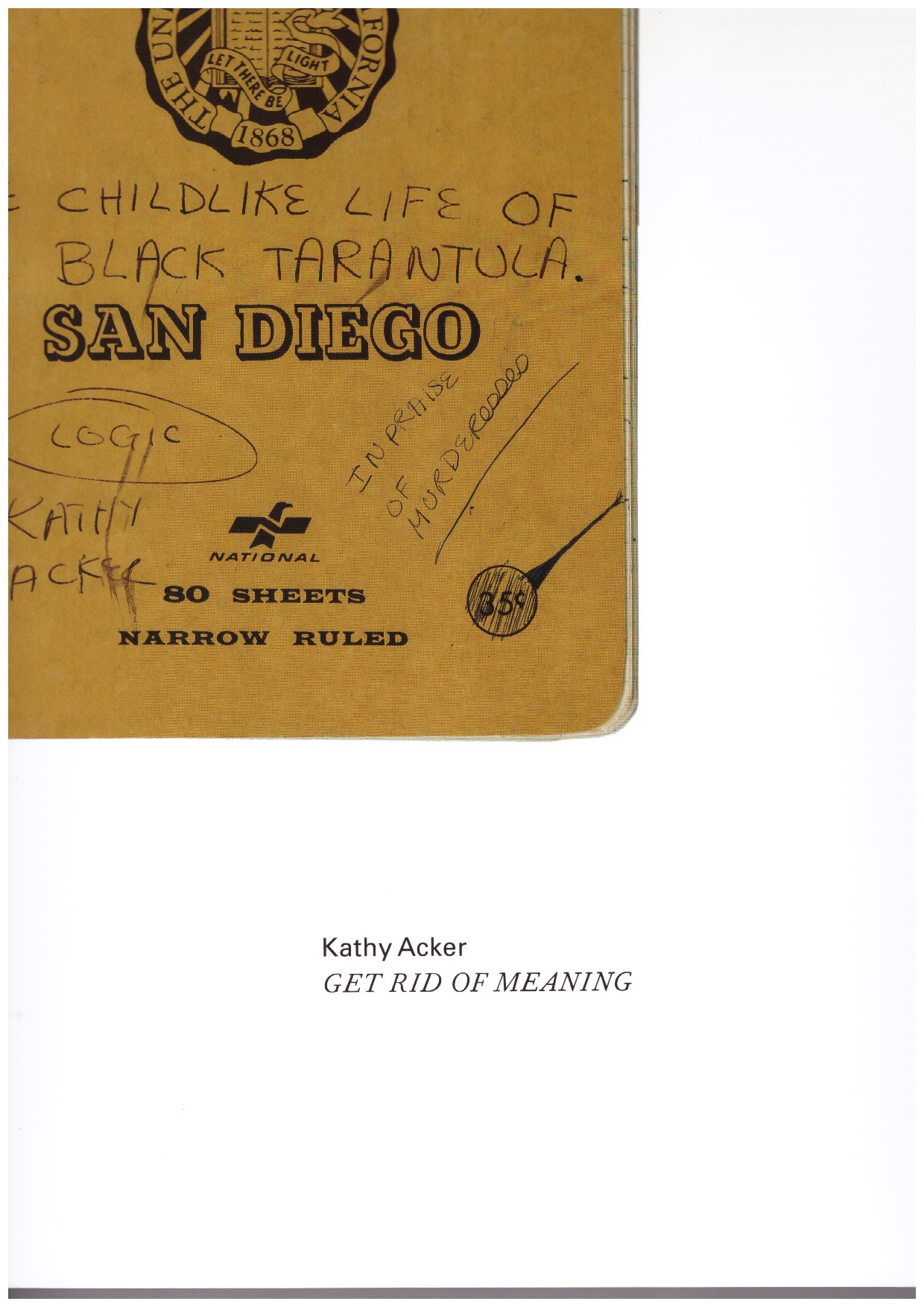