On the occasion of the release of Kathy Acker (1971–1975), After 8 Books presents some documents from her archive, and two videotapes from 1974.
Claire Finch and Théo Robine-Langlois spent some time digging through the archive of Kathy Acker—kept at the English Department of the University of Cologne—trying to understand which books she was reading in the 1970s, and how she was reading them. They looked for annotations, bits of paper and marks of reading in her volumes. Some of their findings are exhibited at After 8 Books: facsimiles of the covers of and some pages from volumes of US experimental poetry by Charles Olson, Bernadette Mayer, or Gertrude Stein, as well as from translations of Nouveau Roman novels (some weird Marguerite Duras editions there), not to mention The Letters of Calamity Jane to her Daughter, William S. Burroughs’s The Adding Machine, and Écrits de Laure (this one in French), amongst other titles.

Two untitled videotapes from March 1974, made the same day by Kathy Acker and Alan Sondheim as a kind of body/language performance, are also shown on a TV screen. The second video (25 min long) was meant to be a parody of the first, longer one (40 min); while the latter circulated and was often shown under the title, Blue Tape, the former was considered lost, until its rediscovery in the archive at NYU in 2018. It’s shown here in Paris for the first time ever, ever. Warning: explicit material.

In addition, Maria Taniere, who designed the cover of the book Kathy Acker (1971–1975), presents a series of silkscreens. 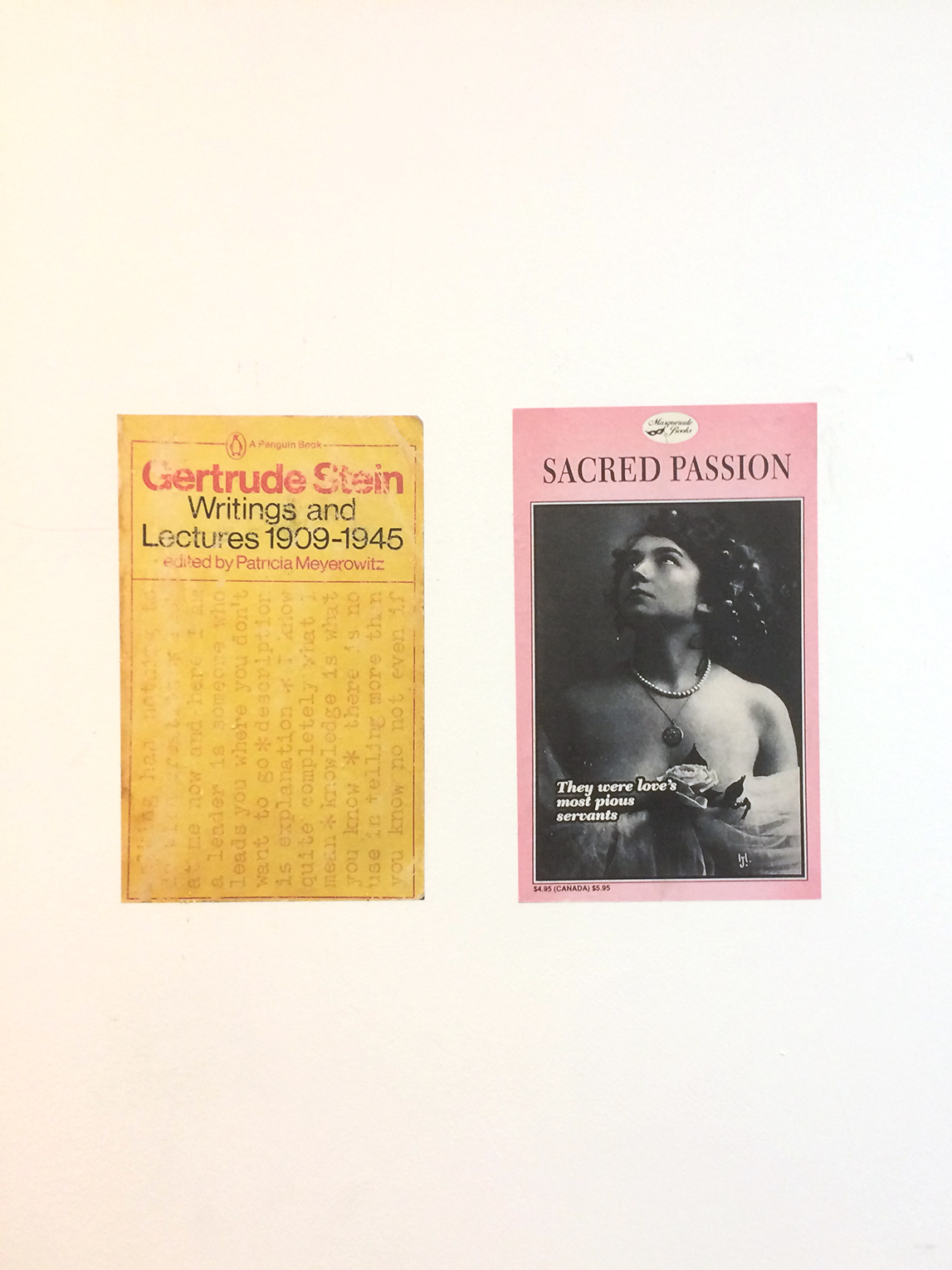