This 7” vinyl only release is a spoken word record with a sonic background. The two tracks are also a continuation of what was initially started with a previous release of Pharoah Chromium named Gaza: an electro-acoustic collage that tried to capture the intensity of the 2014 war waged in Palestine, a subjective record with political content on historical events. In this case the focus is on the massacres that took place in the refugee camps Sabra and Shatila over the course of three days in September 1982, in Beirut, Lebanon.

In an eerie twist of fate, one the most talented and subversive writers of the 20th century happened to be visiting Beirut at the time these gruelling events occured. He was one of the first foreigners to enter the camps and witness the carnage. His text "4 hours in Shatila" is a minutious and poetic account of the war crimes Genet’s eyes encountered and endured for 4 hours that day. Read "4 hours in Shatila" The chosen excerpts of the original French text are read by Elli Medeiros, a singer well known for her legendary collaboration with multi-instrumentalist and producer Jacno among many other things, who had the kindness to accept lending her voice to the powerful material.

These two tracks are part of an extensive project named “EROS + MASSACRE” that can be heard here: pharoahchromium.bandcamp.com/album/eros-massacre. 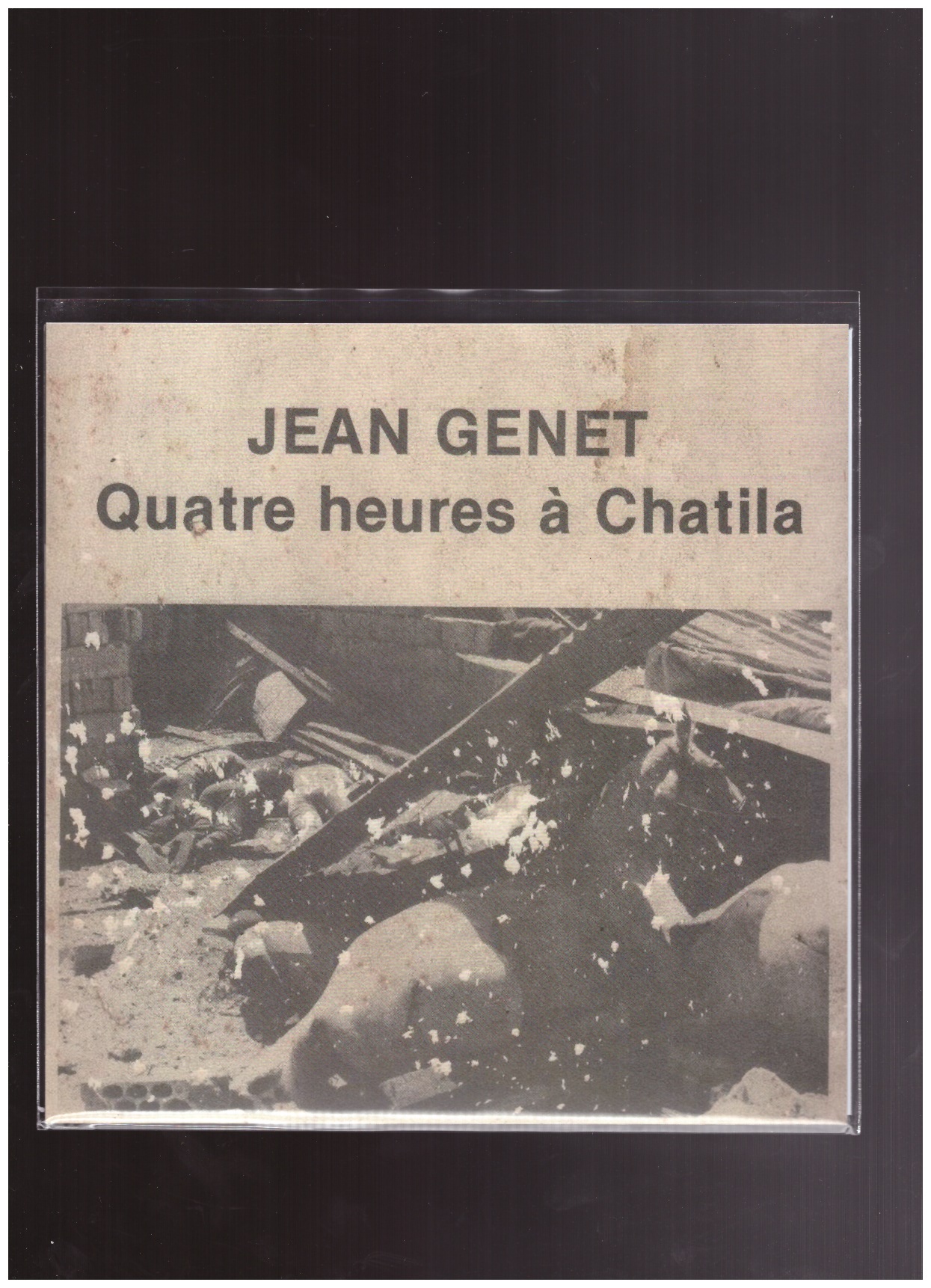