On Nov. 11, 1975, The State of Angola has gained its independence from former colonizer Portugal. The leader of one of the country’s rival factions, Dr. Agostinho Neto, of the Popular Movement for the Liberation of Angola (MPLA), has been proclaimed the country’s first president. In the capital, Luanda, huge crowds cheered and soldiers fired shots into the air as the new country’s flag was raised at midnight. Photographs in this issue were taken by Frits Eisenloeffel during the celebrations of the first year of independence in Luanda in 1976. [publisher's note] 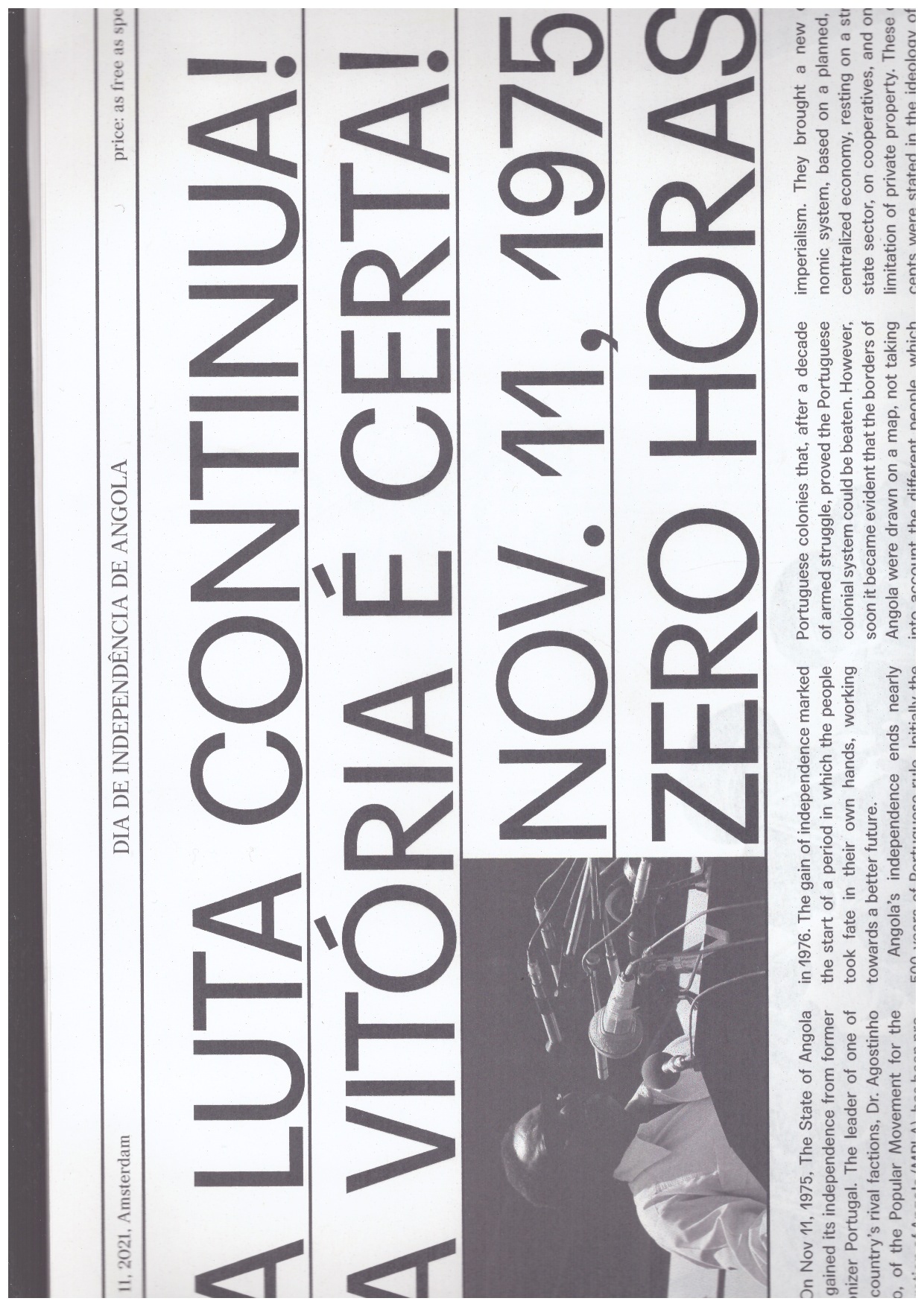