A perverse and explicit new take on the coming of age novel, William E. Jones’s I’m Open to Anything explores bohemian Southern California of the late 1980s and early 90s, before gentrification ruined everything. The book’s narrator flees a crumbling industrial wasteland in the Midwest and finds himself in sunny Los Angeles without a car, working in a neighborhood video store and spending many hours watching films. He explores his adopted city and befriends a number of men, most of them immigrants, who teach him the finer points of sex. He acquires the skill of fisting, giving his partners intense pleasure, and at the same time hearing the stories of their lives. They too have fled their hometowns: one to escape torture at the hands of a Salvadoran death squad; another to study anthropology after years of wandering and religious questioning.

Published by We Heard You Like Books, 2021
Literature / Queer Culture 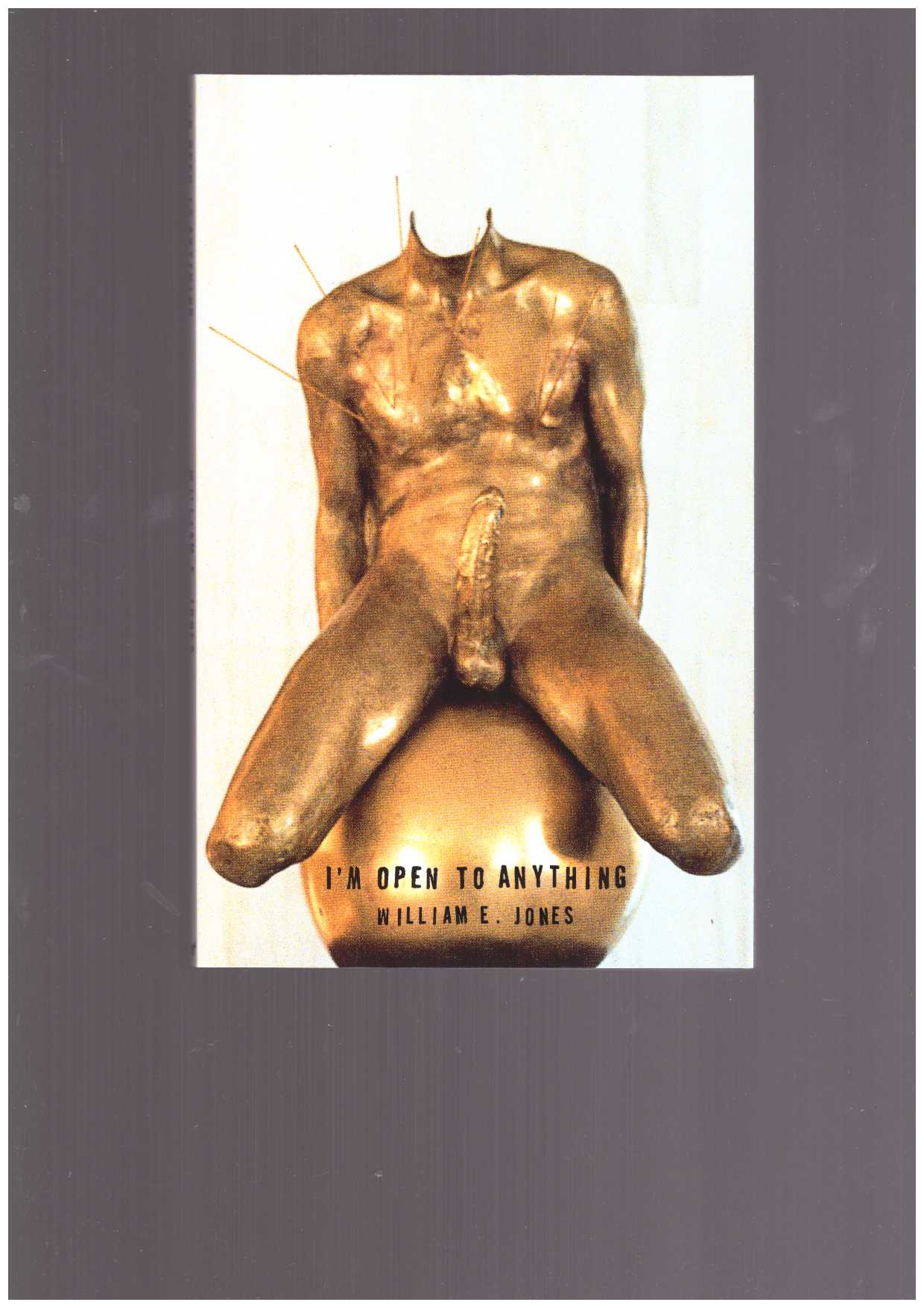