KOBEK, Jarett
I Hate the Internet

What if you told the truth and the whole world heard you? What if you lived in a country swamped with Internet outrage? What if you were a woman in a society that hated women?

Set in the San Francisco of 2013, I Hate the Internet offers a hilarious and obscene portrayal of life amongst the victims of the digital boom. As billions of tweets fuel the city's gentrification and the human wreckage piles up, a group of friends suffers the consequences of being useless in a new world that despises the pointless and unprofitable.

In this, his first full-length novel, Jarett Kobek tackles the pressing questions of our moment. Why do we applaud the enrichment of CEOs at the expense of the weak and the powerless? Why are we giving away our intellectual property? Why is activism in the 21st Century nothing more than a series of morality lectures typed into devices built by slaves?

Here, at last, comes an explanation of the Internet in the crudest possible terms. [publisher's note]

Published by We Heard You Like Books, 2021
Essays / Media Studies 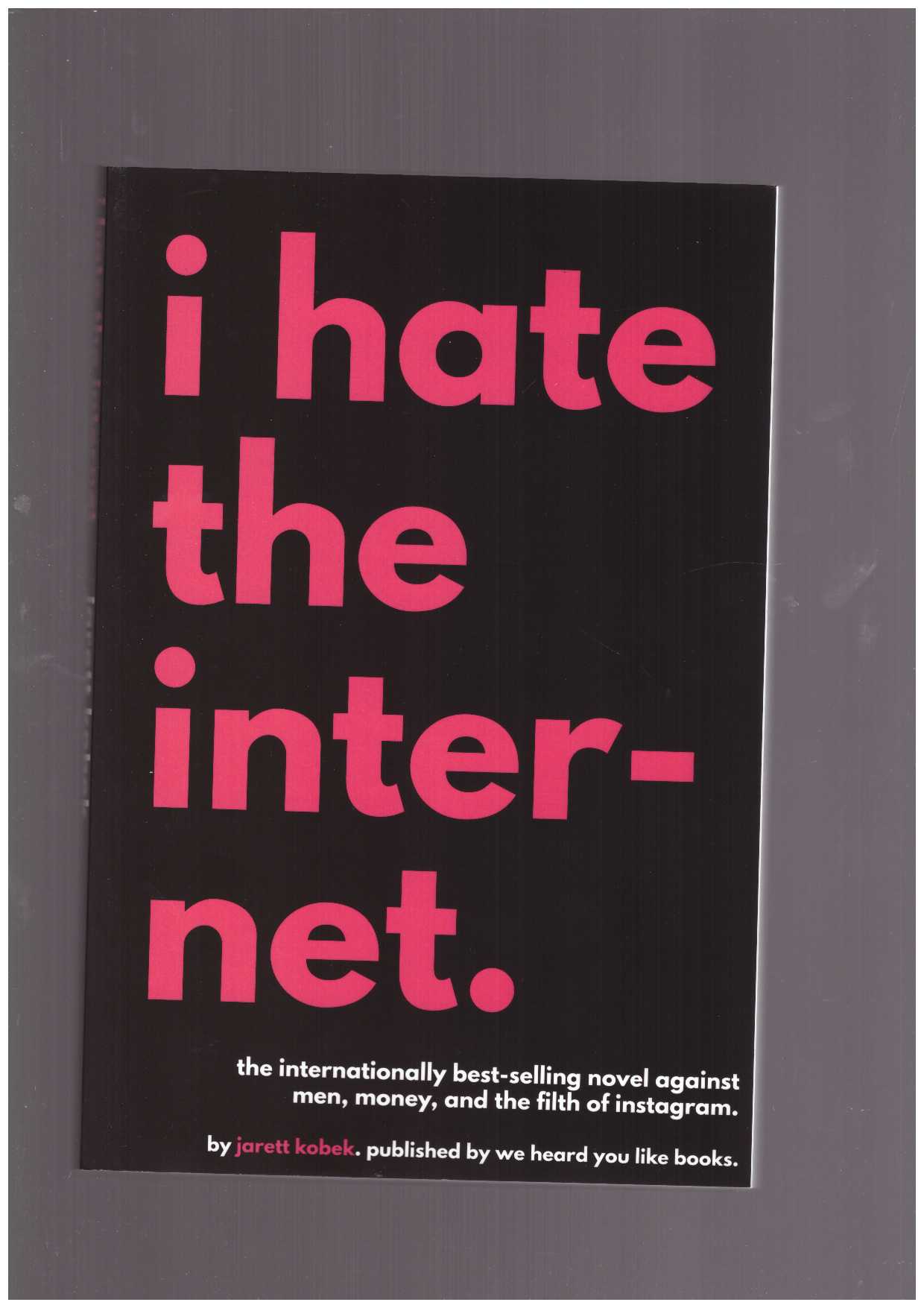