Walter Benjamin’s Sonnets was written to mourn his friend Fritz Heinle, who constituted an important though little-known part of the German-Jewish philosopher’s literary achievement and a unique contribution to the history of the German sonnet. Benjamin would add to their number for as much as a decade, having begun his project soon after the outbreak of World War I and the suicide of a special friend. Here, for the first time, readers of English are offered translations of all 73 “Heinle sonnets” along with the original German and line-by-line commentary by translator Carl Skoggard.

An introductory essay examines the biographical context of the poems as well as Benjamin's bold approach to sonnet writing. These poems weave the deeply personal together with his evolving religious and philosophical perspective in ways both mysterious and recongnizably Benjaminian—shedding new light on the emergence of the man and the thinker. [publisher’s note] 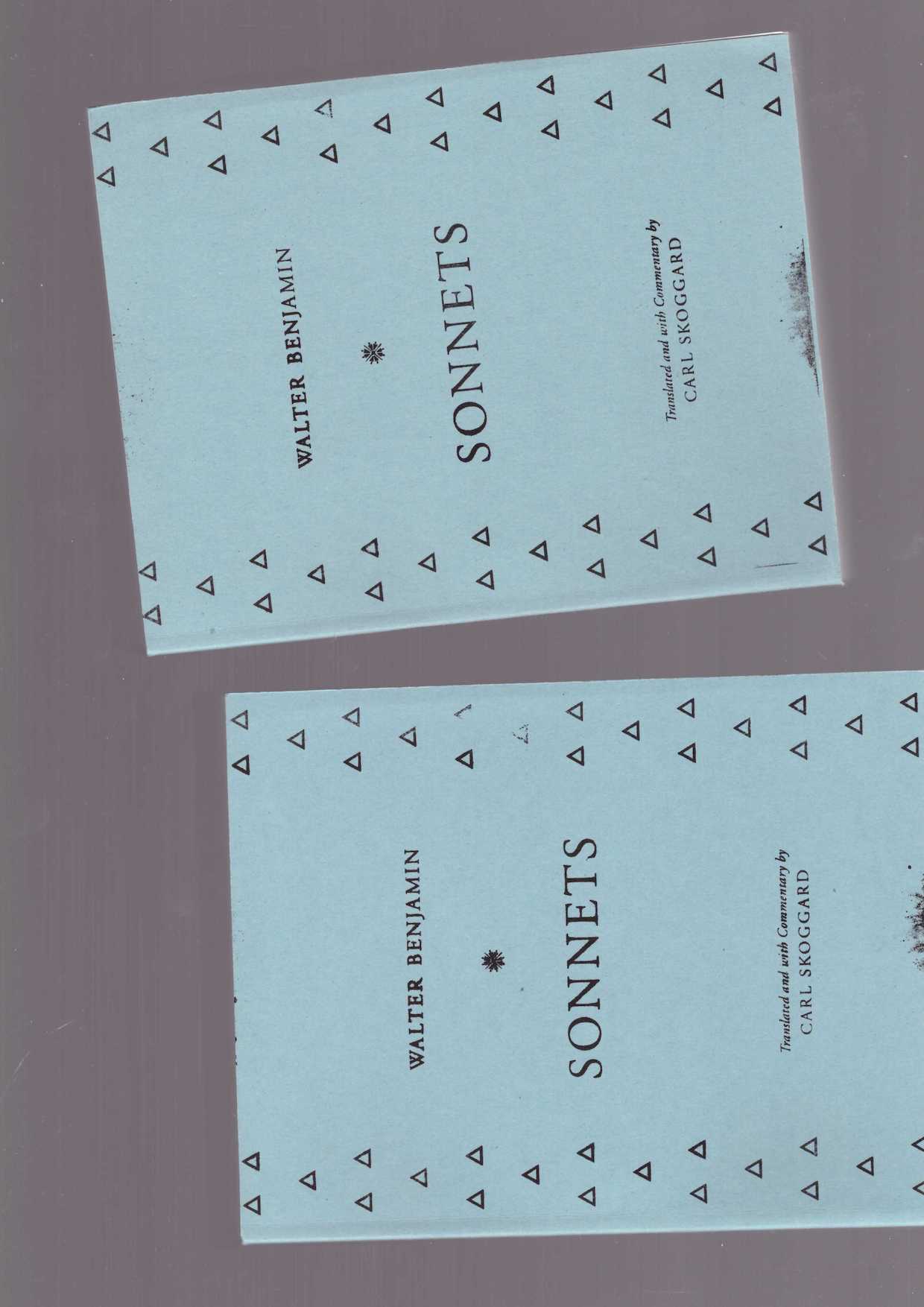