A book of and about E.C. Large, which contains a selection of his shorter writings – travel essays, reportage, reveries, reviews, critiques, autobiographical pieces – and which reveals the extent of his achievement. These show a notably exact writer, with sane no-nonsense views, and yet with great imagination. Some unpublished texts are shown in facsimile. Also here is a bibliography of his published writings (both ‘literary’ and scientific), and an essay by Stuart Bailey, which sees his work with present-day eyes. Edited by Robin Kinross and Stuart Bailey. [publisher's note] 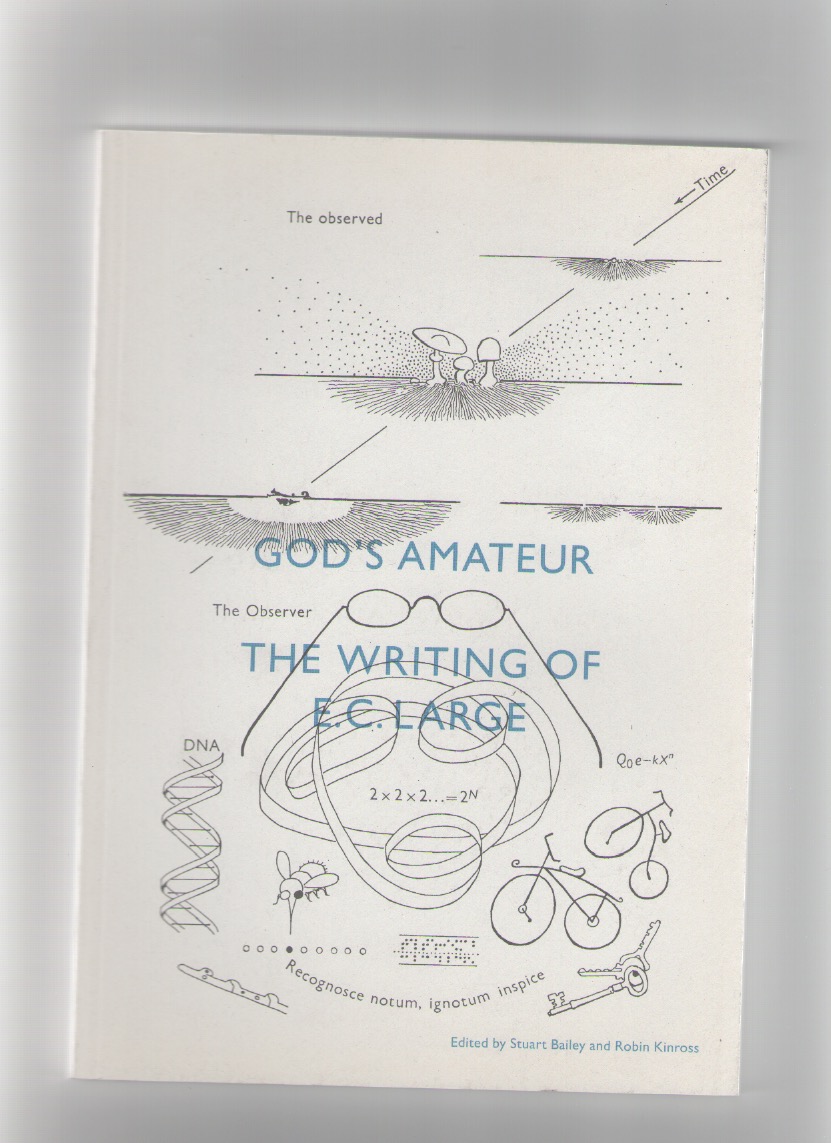