In An Approach by Helmut Färber, an unpublished text written in 2007, documentary filmmaker Gerhard Friedl describes his experience of Färber’s courses at film school – a method of scrupulous, close analysis at the editing table that also played a crucial role in Harun Farocki’s teaching. Farocki got to know Färber in the 1970’s and remained deeply indebted to his thoughts and methods throughout his career. [publisher's note] 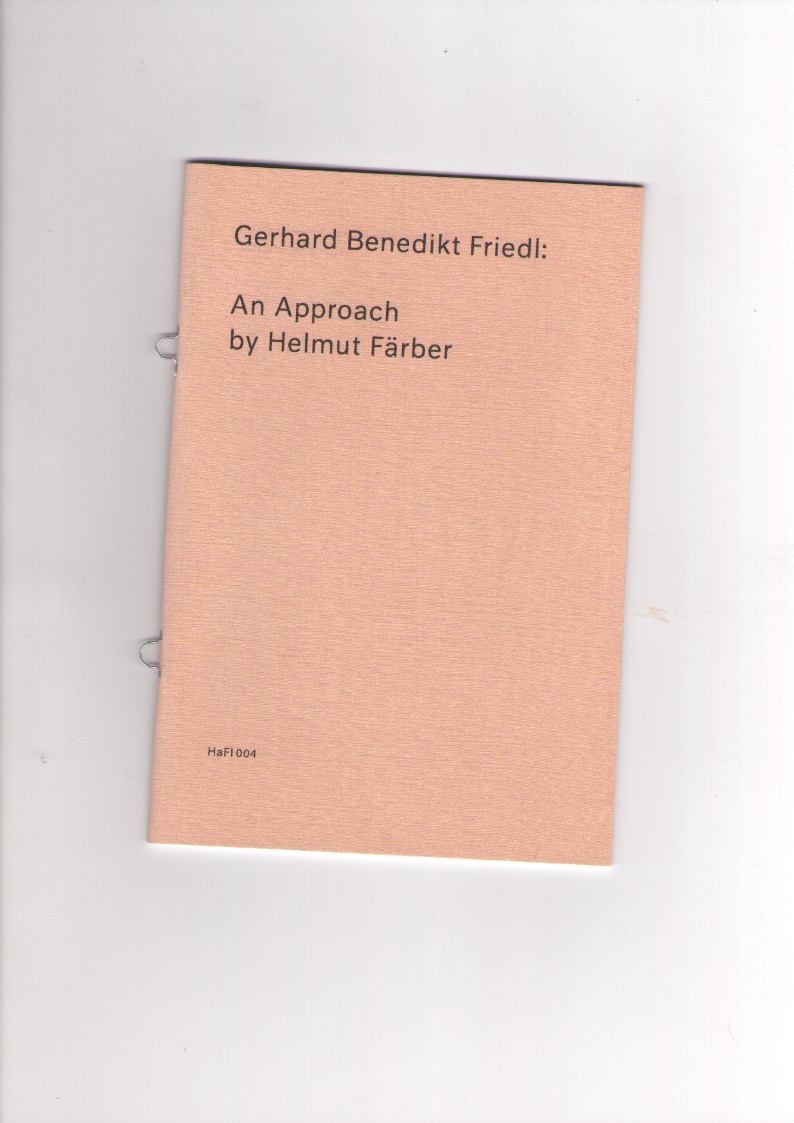