Dubbed “Ray Johnson’s Boswell,” writer and logophile William S. Wilson was one of legendary artist Ray Johnson’s closest friends and biggest champions. He was also perhaps Johnson’s most trusted poetic muse and synthesizer of referents and references. The influence was mutual: throughout their lifelong friendship, begun when both men were in their twenties, writer and artist challenged and enriched one another’s work.

Frog Pond Splash intends to suspend and magnify their relationship as well as provide an intimate portrait of the fractured, disappearing Johnson that only Wilson could render, through an also diffuse lens. Editor Elizabeth Zuba (Not Nothing: Selected Writings by Ray Johnson, 1954-1994) has selected collage works by Johnson that span the many stages of Ray’s work in his almost forty years of friendship with Wilson “ordered not by chronology, but by their own morphogenetic correspondence” and paired with short, perspicacious excerpts of texts by Wilson (from both published and unpublished writings including Wilson’s manuscript on Ray Johnson). These juxtapositions do not explicate or illustrate; rather, they form a loose collage-like letter of works and writings that allow the reader to put the pieces together, to respond, and to add and return to the way Johnson required of his correspondents and fellow travelers.

Taking its title from Wilson’s haiku equivalence of Johnson’s process, Frog Pond Splash is a small book but many things: a collage-like homage to their friendship, a treasure chest of prismatic “correspondances,” as well as a satellite to the exhibition of Ray Johnson works from Wilson’s archive at the Art Institute of Chicago next year (Ray Johnson c/o, January 23 – March 23). Zuba’s nuanced selection and arrangement of images and texts in this sumptuous little volume honors Johnson’s “‘open system,’ an undefined surface of indeterminate immediacies and immediate indeterminacies (and the rejection of any closed or consistent meanings, codes, language, or sequence)”* in its associative and intimate playfulness, and in its gem-like refractions. 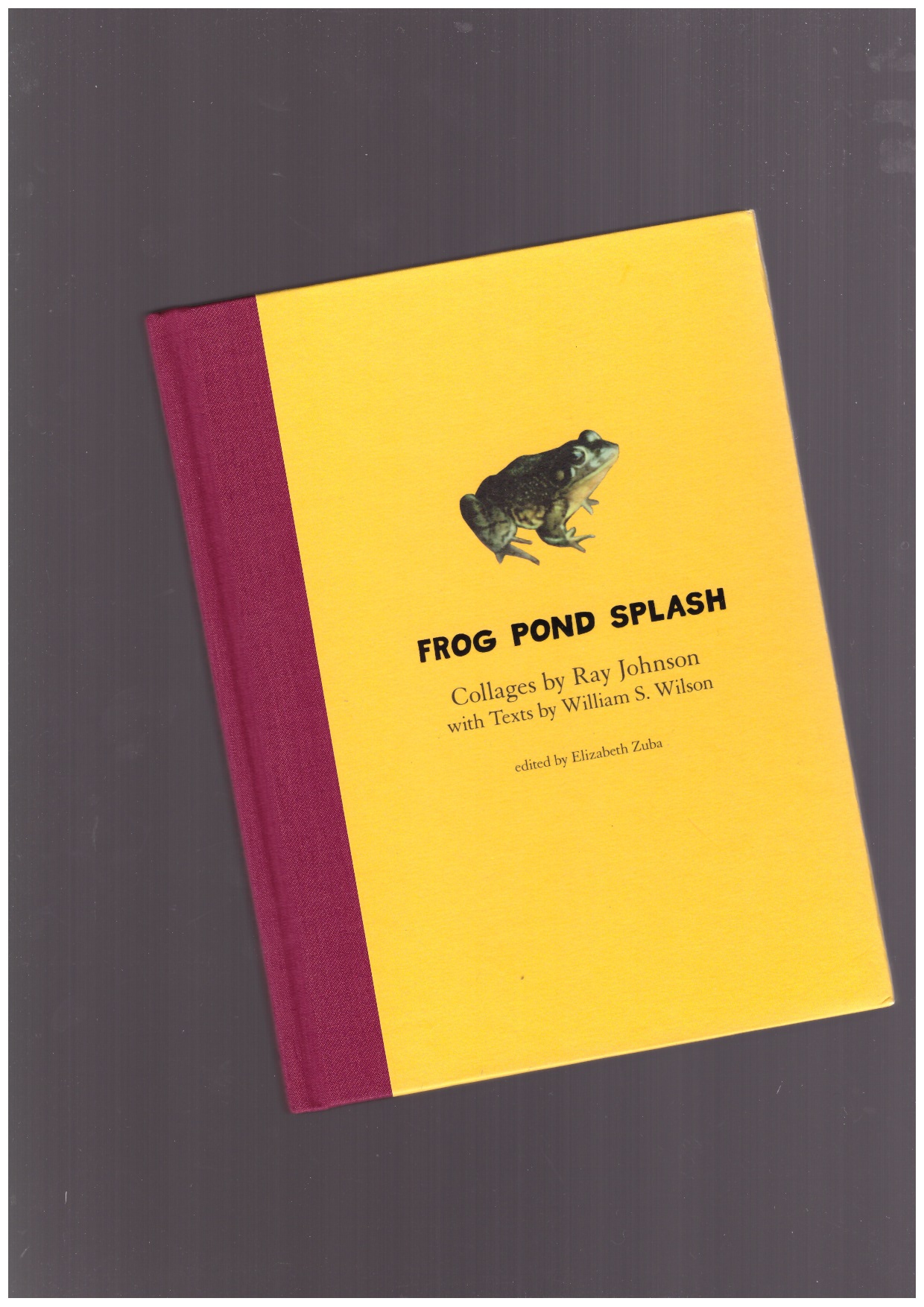