False Friends is concerned with the poetics of translation, with the ever-shifting border made material in the crossings between languages. This DICHTionary (Dichtung = Poetry in German) is an alphabet of prose poems following the double-helix pattern of so-called false friends in the German and the English—words that look and/or sound similar in both languages, but differ in meaning. At any given moment, each of these words might be used with German in mind, or English, or both. Other times these "friends" do not appear explicitly in their poems but instead remain standing behind them with suitcases full of etymology and misread linguistic maps. In the encounters between these words, mistranslation or misunderstanding is perceived as a program to generate poetry, a space of constant transfers and a playful plea for the irritations of translation in a world more and more defined by a globalized language and culture. [publisher's note] 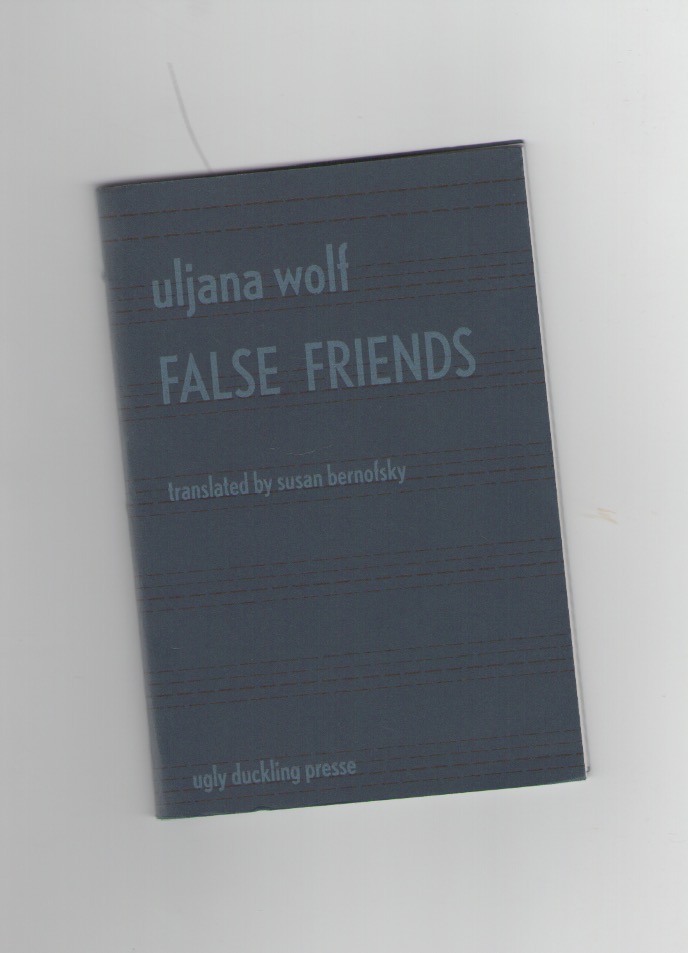