MCKEE, Francis
Even the Dead Rise Up

Even the Dead Rise Up, and the political becomes personal. In McKee’s first novel, observations of séances, scientific advances, group education outings, Kurdish protests for the ‘disappeared’, become mixed with his own Tarot influenced visions: a haunting spirit appears; the relation between political resistance and Spiritualism is cast as an insurrectionary force and a millenarian energy, celebrating the ecstatic moment. Histories of isolated early Christians and twentieth century mystics affect the psyche, all of this documented through journal entries that move from Scottish islands to Puerto Rico. Influenced by forms of 1960s new journalism, McKee pushes language to match the raw material of the stories, which become more erratic, signalling the looming fate of the text and its author. [publisher’s note] 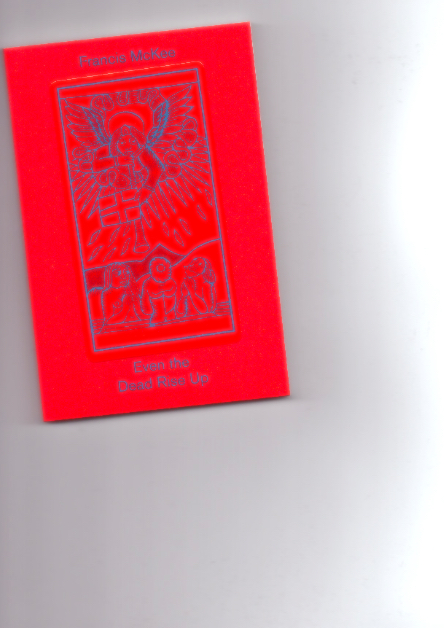