Linguistic and visual representation intersect in Irma Blank’s pastel-colored, script-like “Eigenschriften” (Self-Writings, 1968–73), a series of drawings considered the starting point of the artist’s mature work. The cycle stems from Blank’s experience moving to Italy in the 1960s from Germany, where she was born in 1934. No longer surrounded by her native language and unable to express herself through words, this form of writing became a type of escape for Blank. The slender lines of these works are reminiscent of writing, but one that is incomprehensible. Without any specific meaning, the work is pure sensation transmitted from the hand to the surface of the page, from the body to the work.

Alongside more than three hundred full-color reproductions of the “Eigenschriften” works, this extensive monograph includes a text by Luca Lo Pinto examining the artistic and historical influences on Blank’s cycle of drawings, considered “an exercise of subtraction to reach a basic form of writing,” while Douglas Fogle’s essay looks at Blank’s work through the lens of artists such as Robert Rauschenberg and John Cage, in terms of a shared practice of repetition, as well as the work of the writers Robert Walser and W. G. Sebald.[publisher's note] 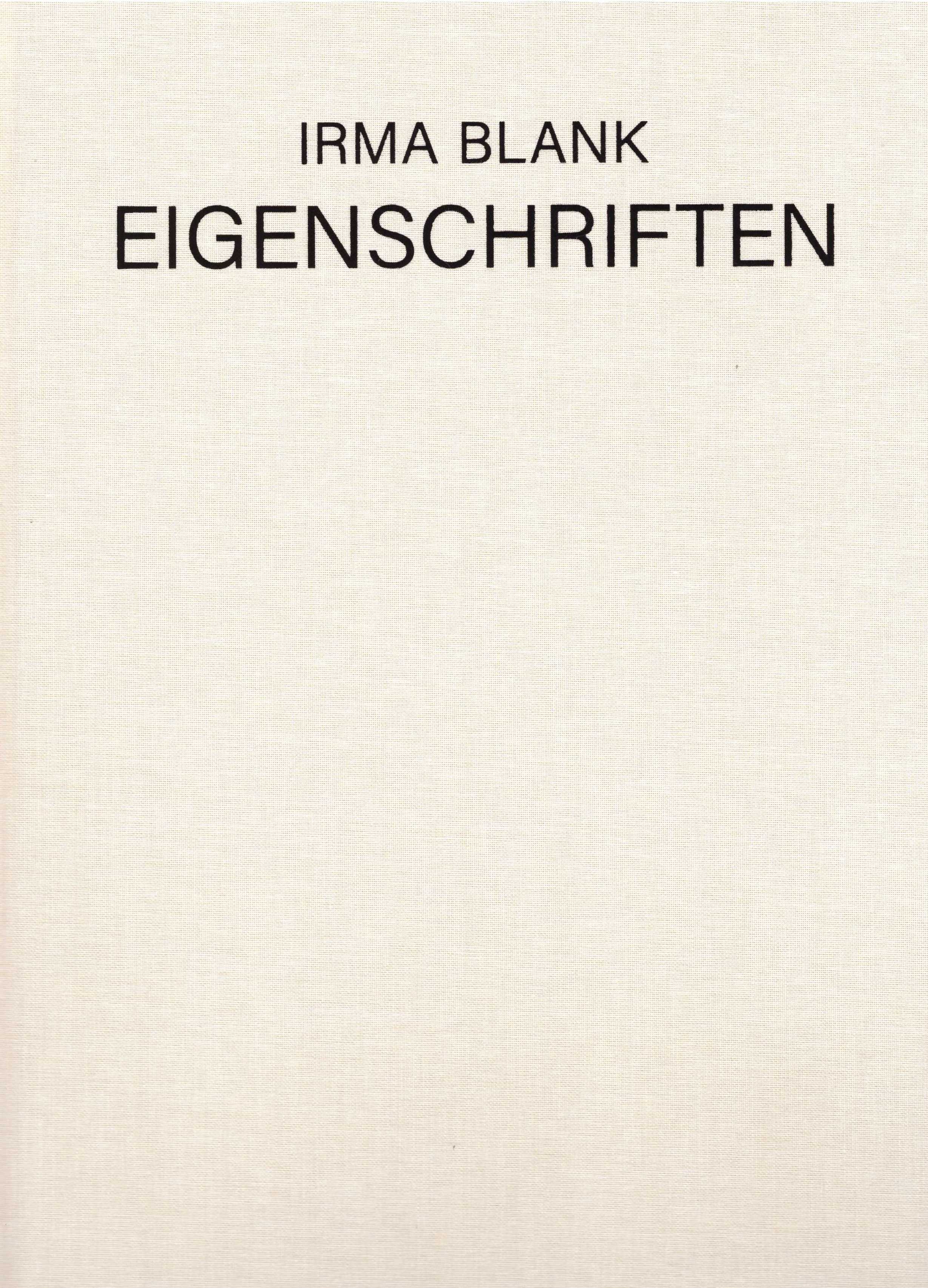