REKRET, Paul
Down With Childhood: Pop Music and the Crisis of Innocence

Sometimes popular music registers our concerns and anxieties more lucidly than we realise. This is evident in the case of an ideal of childhood innocence in rapid decay in recent decades. So claims Down with Childhood, as it takes in psychedelia’s preoccupation with rebirth and inner-children, the fascination with juvenilia amidst an ebbing UK rave scene and dozens of nursery rhyme hip-hop choruses spawned by a hit Jay-Z tune. As it examines the often complex sets of meanings to which the occasional presence of children in pop songs attests, the book pauses at Musical Youth’s “Pass the Dutchie” and other one-hit teen wonders, the career paths of child stars including Michael Jackson and Britney Spears, radical experiments in free jazz, and Black Panther influenced children’s soul groups. In the process, a novel argument begins to emerge relating the often remarked crisis of childhood to changing experiences of work and play and ultimately, to an ongoing capitalist crisis that underlies them. [publisher's note] 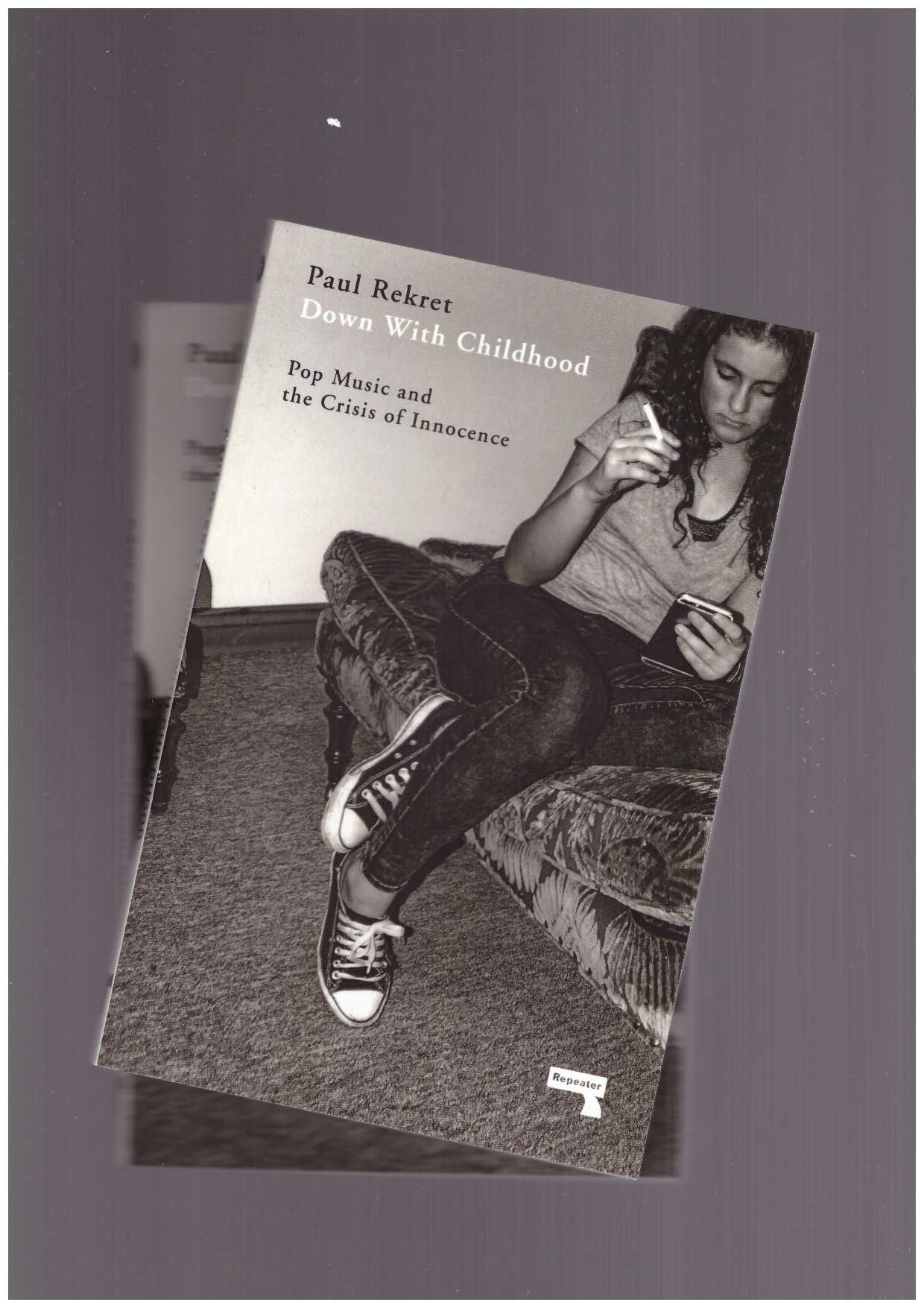