This collection presents, for the first time in English, the best of Sasaki Maki’s work, mainly from alt-manga super magazine Garo. Drawn between 1967 and 1974, the fifteen stories here follow Sasaki’s groundbreaking exploration of collage methods in comics storytelling, weaving through references to R&B, rock ‘n’ roll, the Vietnam War, Andy Warhol, the Summer of Love, the Beatles, British humour, and the wacky world of Japanese consumerism. Ding Dong Circus demonstrates what manga fans already knew: that in Sasaki Maki, Japan can claim not only a pioneer in experimental comics, but one of the world’s masters of Pop Art and a trenchant avant-garde critic of the Sixties. [publisher's note]

With an essay by author, "Still a Cartoonist." 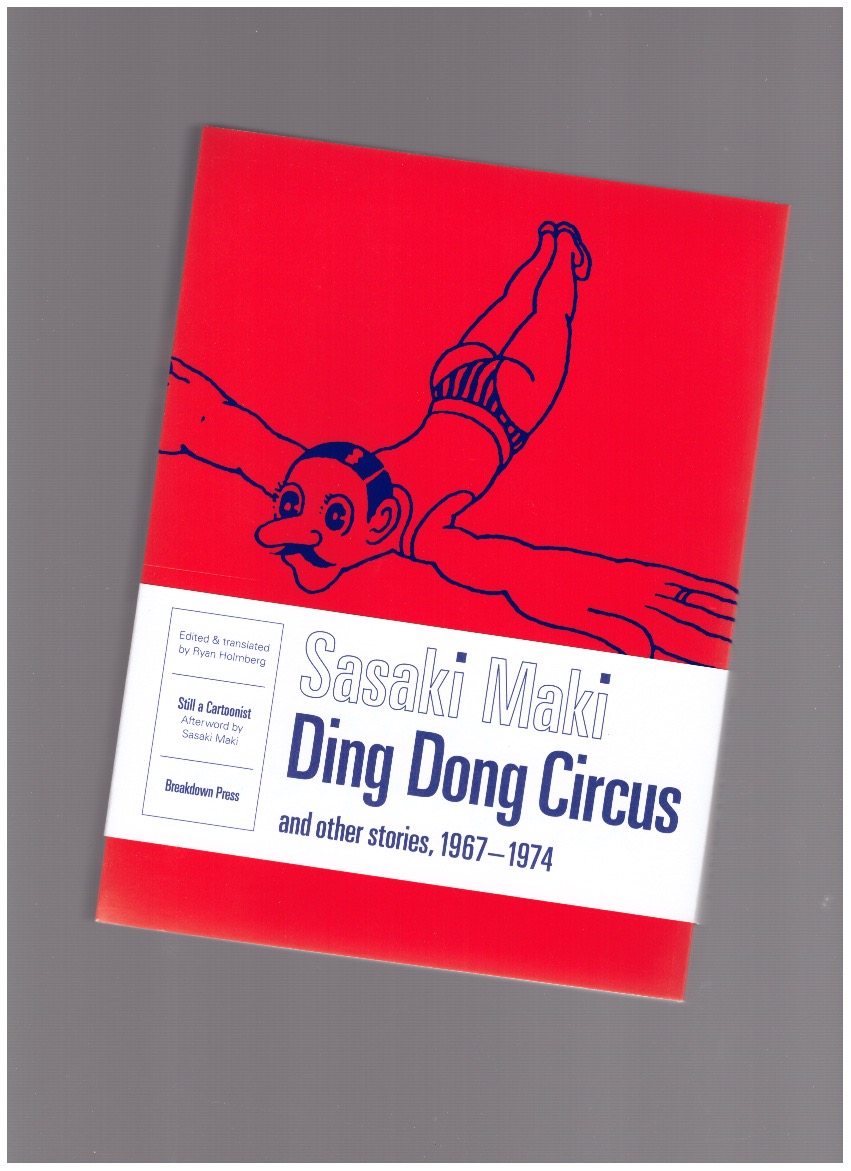