CAGE, John
Diary: How to Improve the World (You Will Only Make Matters Worse)

The eight parts of Diary: How to Improve the World (You Will Only Make Matters Worse) appeared in 8 parts in various books and small magazines during Cage’s lifetime—the most known being the third, published in Dick Higgin's The Great Bear Pamphlets series in 1967—and were collected for the first time in a single hardcover volume by Siglio in 2015.

In the diaries, Cage used chance operations to determine not only the word count and the application of various typefaces but also the number of letters per line, the patterns of indentation, and color. The unusual visual variances on the page become almost musical as language takes on a physical and aural presence.

Collecting all eight parts into a single volume—in which co-editors Biel and Kraft used chance operations to render the entire text in various combinations of the red and blue (used in the Great Bear pamphlet publication of Part Three) as well as to apply a single set of eighteen fonts to the entire work—this expanded paperback edition26 includes a new essay by mycologist and Cage aficionado David W. Rose and, most important, a significant addendum with over twenty facsimile pages of Cage’s handwritten notebook of a ninth part in progress. [from the publisher's note] 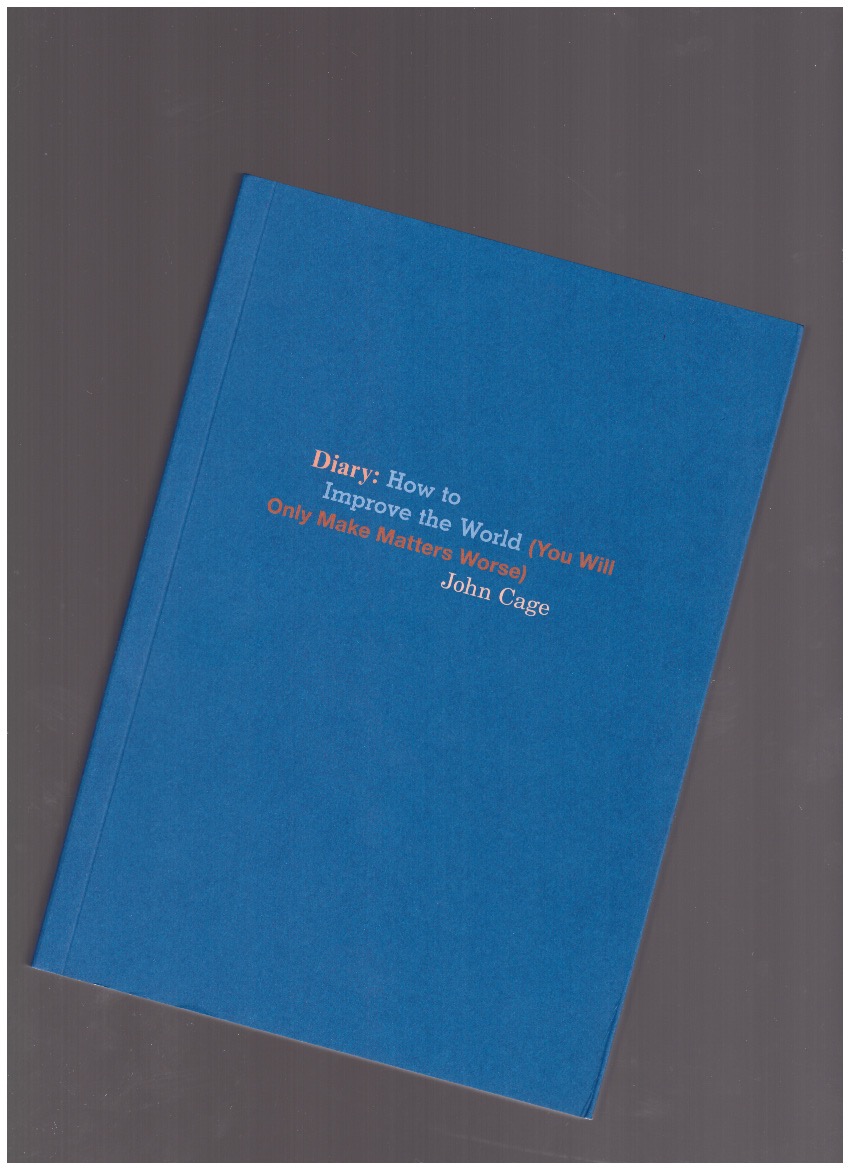