Catalogue of the retrospective held at Reina Sofia meseum in 2015 on the legacy of Mexican born poet, editor, bookstore owner and artist books legend Ulises Carrión, spanning from his early career as a young writer in Mexico, to his college years as a postgraduate student exploring language and linguistics in France, Germany, and Britain, to his numerous activities in Amsterdam, where he established himself in 1972 and cofounded the independent artists' run space In-Out Center in Amsterdam, founded the legendary bookshop-gallery Other Books and So (1975–79), and lived until his untimely death in 1989 at the age of forty-nine.

Included with the book the CD version of The Poet’s Tongue, a collection of Carrión recordings first released on vinyl by Alga Marghen in 2012. Last copies around. 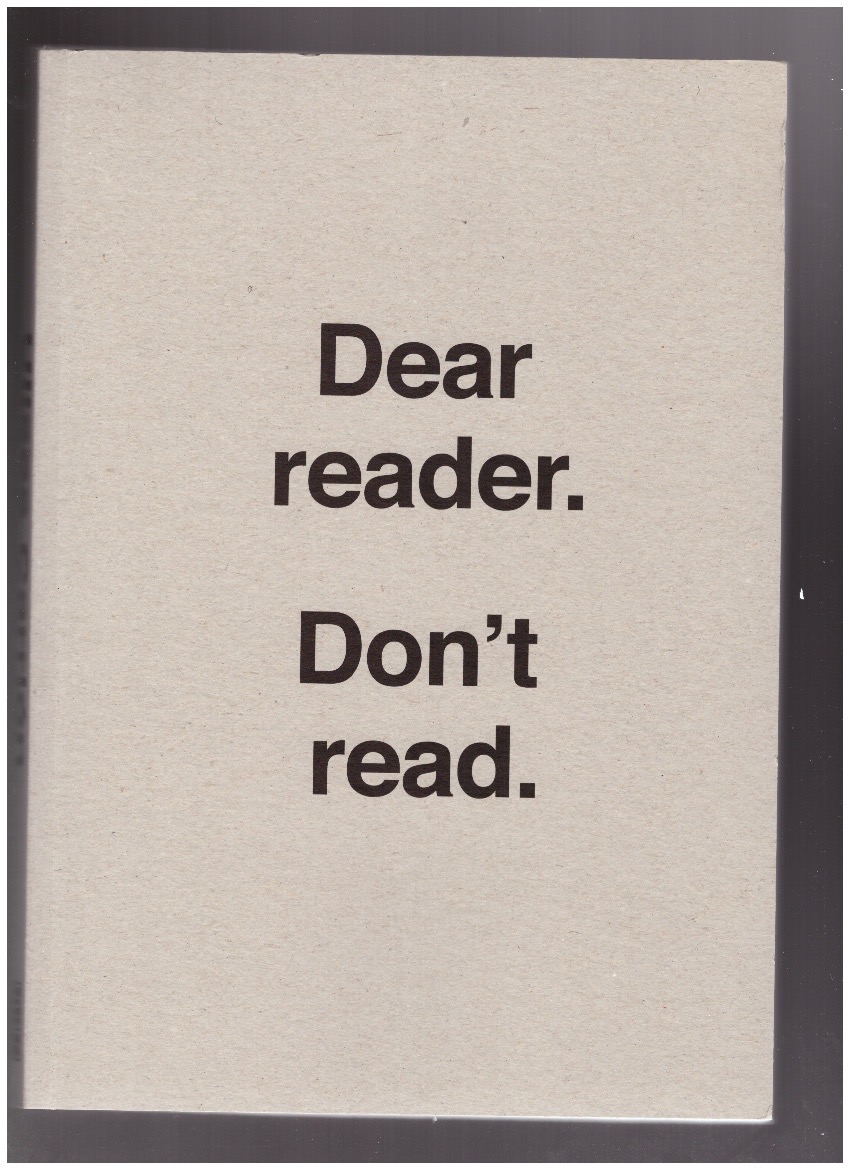