The New York gallery American Fine Arts, Co.—whose name today is largely synonymous with that of its gallerist, Colin de Land (1955–2003)—represents a gallery practice in which a decided deviation from conventional models overlaps with successful activities within the framework of the art market. Today, American Fine Arts, Co. and de Land figure as uncontested projection screens for the desire for independence from or bohemian resistance against the dictate of the market. Particularly in retrospect, a consistent image of the gallery is not discernible. Faced with the obvious risk of romanticization, it appears all the more important to pursue an understanding of how American Fine Arts, Co. functioned as a gallery. [publisher's note.]

This book was published on the occasion of the exhibition “Dealing with—Some Books, Visuals, and Works Related to American Fine Arts, Co.” at Halle für Kunst Lüneburg and Kunstraum of Leuphana University of Lüneburg (May 28–July 7, 2011), which was developed by Valérie Knoll, Hannes Loichinger, Julia Moritz, and Magnus Schäfer. 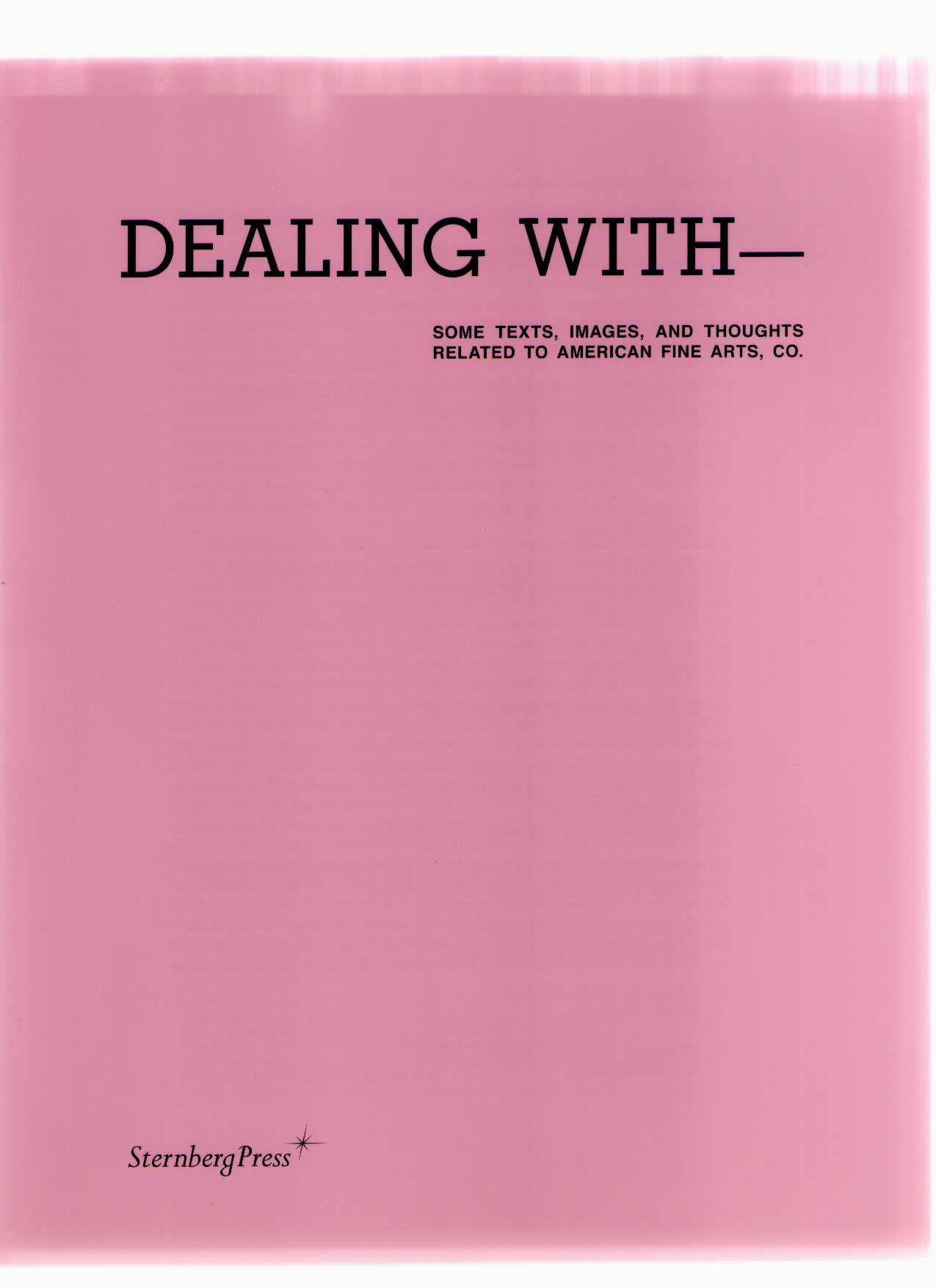