“The body prints had political content, and then at times they weren’t political. They were always Black bodies, to my knowledge—that was concrete. The image wasn’t conceptual or abstract. The images were Black figures. At the same time, the composition, proportions, and image of the figures were abstract. Lips weren’t lips. Eyes weren’t eyes. They were abstractions of lips and eyes—marks [David Hammons] made with a bent finger or an object to suggest rather than realistically represent lips and eyes. The body prints were a bridge from figurative to a kind of abstraction that people connected to and didn’t associate with or reject as being European.”
—Linda Goode Bryant

David Hammons began his career with a series of monoprints created with impressions of his own body combined with silkscreens and collaged found objects: David Hammons: Body Prints, 1968–1979 is the first publication to focus exclusively on these pivotal early works on paper in which the artist used the body as both a drawing tool and printing plate to explore performative, unconventional forms of image making. Together, the thirty-two body prints highlighted in this volume introduce the major themes of a fifty-year career that has become central to the history of postwar American art. This edition of the Drawing Papers series features a conversation between curator and activist Linda Goode Bryant and artist Senga Nengudi, as well as an AMAZING photo essay by photographer Bruce W. Talamon, who documented David Hammons at work in his Los Angeles studio in 1974. [publisher’s note]

Published by The Drawing Center, 2021
Design by AHL&CO
Monographs 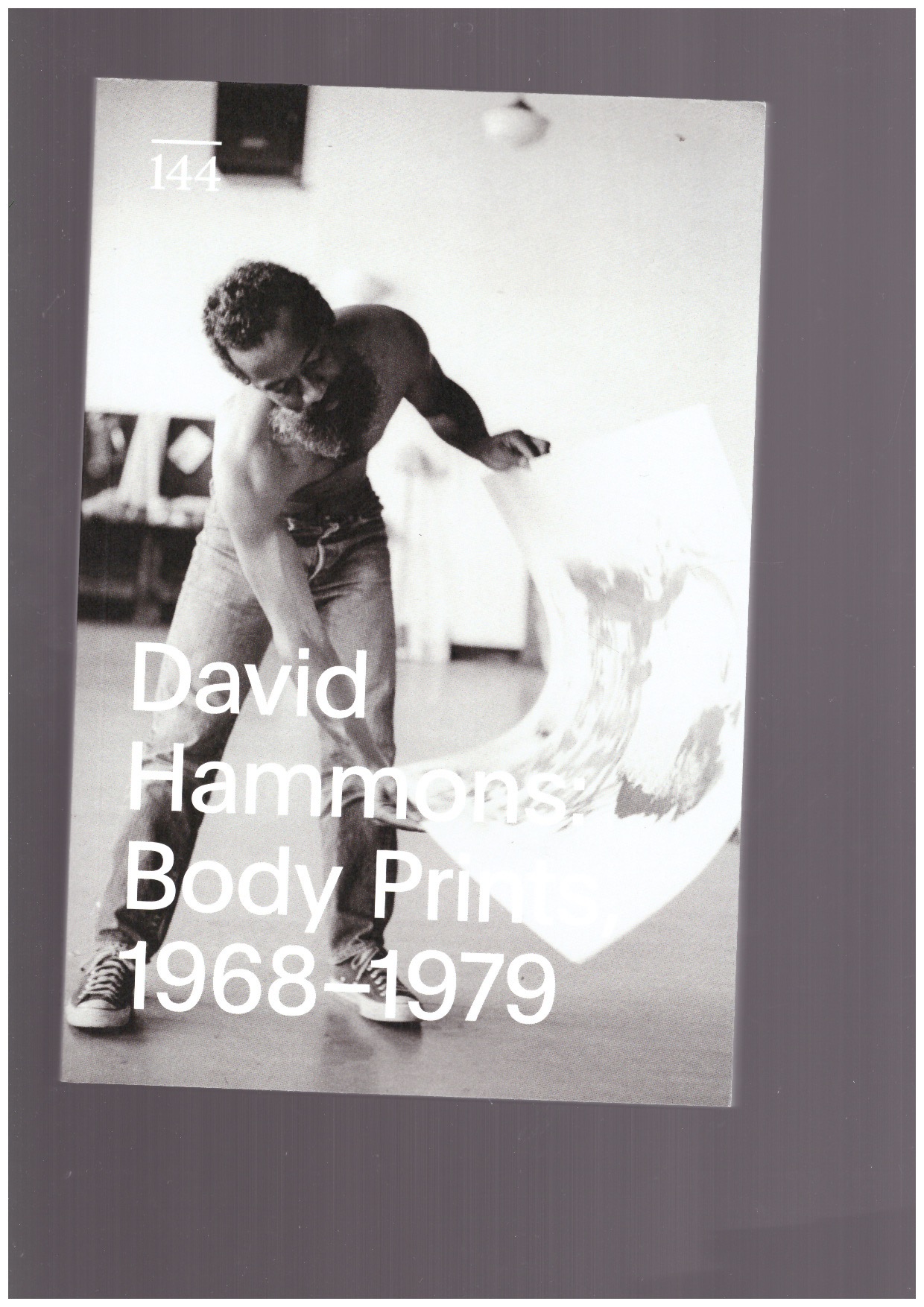