SLAVS AND TATARS (ed.)
Crack Up – Crack Down – The 33rd Ljubljana Biennial of Graphic Arts

The catalogue of the 33rd Ljubljana Biennial of Graphic Arts, curated by art collective Slavs and Tatars, examines the relationship between graphic arts and satire.
“We live in sour times, and such sour times require sweet-and-sour methods. With the rise of social media, comedians as politicians, and populism, there has recently been vigorous debate over who constitutes "the people." For more than a couple millennia, satire has been a particularly contested genre to explore such questions, via varying degrees of serious invective or jocular teasing. Is each joke, as George Orwell maintained, a tiny revolution? Or does laughter and satire deflate the pressures and tension which could otherwise lead to political upheaval?”—Slavs and Tatars

As the accessibility of print brought about a proliferation of satirical periodicals in the early 20th century (Slovenia's Pavliha, Germany's Simplicissimus, the UK's Punch, France's L'Assiette au Beurre, or the Caucasus' Molla Nasreddin to name a few), so too has the current digital age provided a particularly fertile avenue for satire, one which is fundamentally graphic, be it the meme or the protest poster. Though each enjoys a distinct history, both the graphic arts and satire claim to speak for and to the people.
Designed by Stan de Natris (Slavs and Tatars), illustrated by Nejc Prah, and published on the occasion of the 33rd edition of the Ljubljana Biennial of Graphic Arts, CRACK UP – CRACK DOWN considers “the graphic” heritage of the Biennial not as a medium, per se, but rather as an agency and strategy. Purporting to speak truth to power, satire has proven itself to be a petri dish in a world of post-truth bacteria. Edited by Slavs and Tatars, the exhibition's curators, CRACK UP – CRACK DOWN extends the discursive focus of the Biennial on graphics and satire: featuring commissioned essays from Emily Apter on the micropolitics of memes, David Crowley on punk as a platform of dissimulation in Poland and Hungary, Vid Simoniti on the cult Bosnian satire Top lista nadrealista, among other Balkan precedents, and Melissa Constantine on the affective infrastructures of satire with visual contributions and essays by Metahaven, Hamja Ahsan, Alenka Pirman, and others. 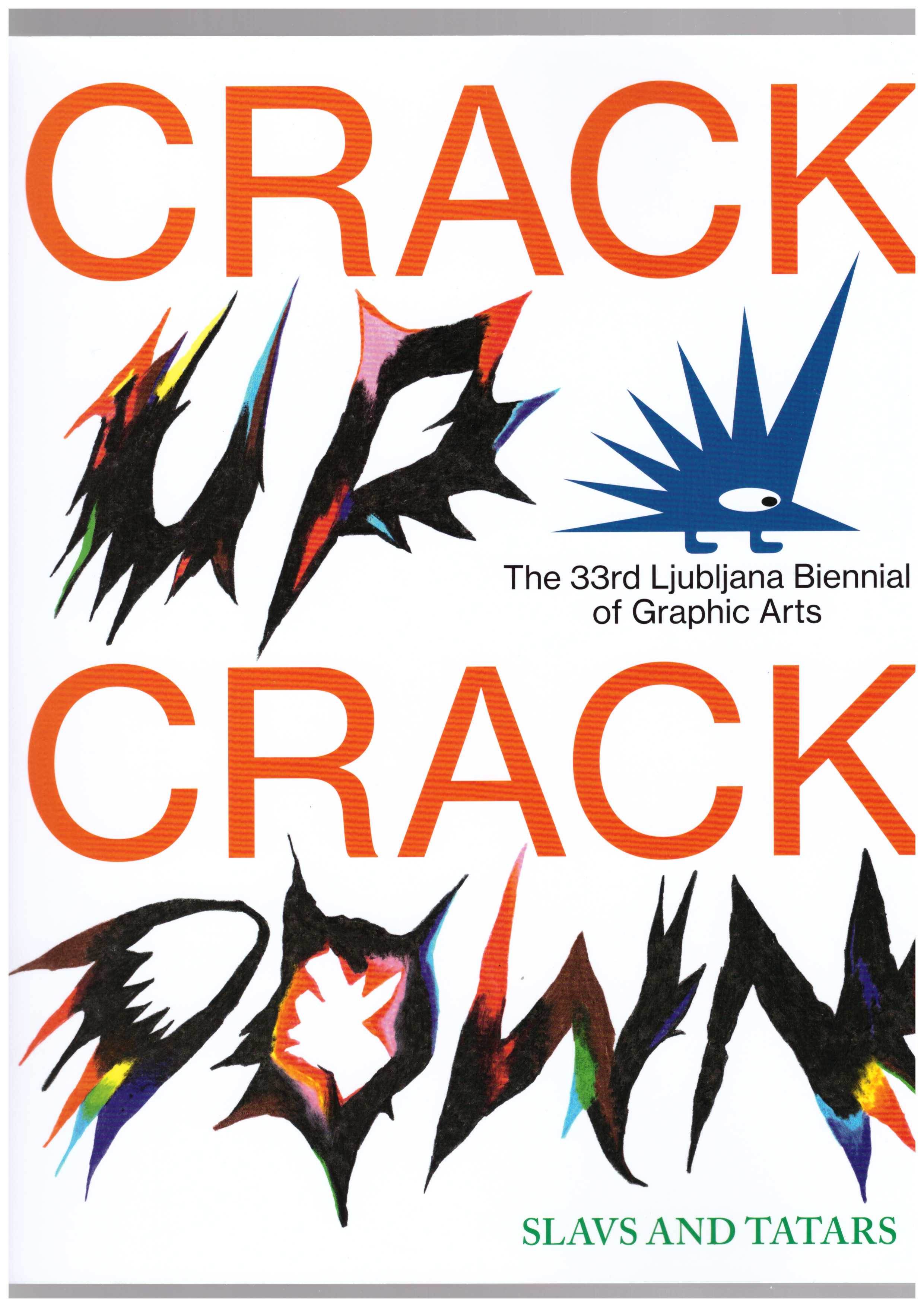