Conceptualism and Other Fictions reveals the aesthetic range, critical wit, and literary sensibility of Argentine artist Eduardo Costa. This collection brings together essays, letters, interviews, reviews, scripts, and other texts published in Spanish and English over the past fifty-five years.

Costa is a painter, also known for his sound, video, and textual works. But more than anything else, he is a “creator of genres,” as art historian María José Herrera has called him. Fashion fictions, street works, tape poems, talking paintings, volumetric paintings: these are just a few of the art forms that he has invented or helped invent over the past half-century. Costa’s innovative works have emerged from an intense reflection on the forms and materials of modern and contemporary art, as shown in his essays on Duchamp and on his friends Scott Burton, Ana Mendieta, and Hélio Oiticica.

The writings collected here reconstruct Costa’s creative development from the early 1960s until the present, and they show the importance of dialogue, collaboration, and history for this key figure in global coCOnceptualism.[publisher's note] 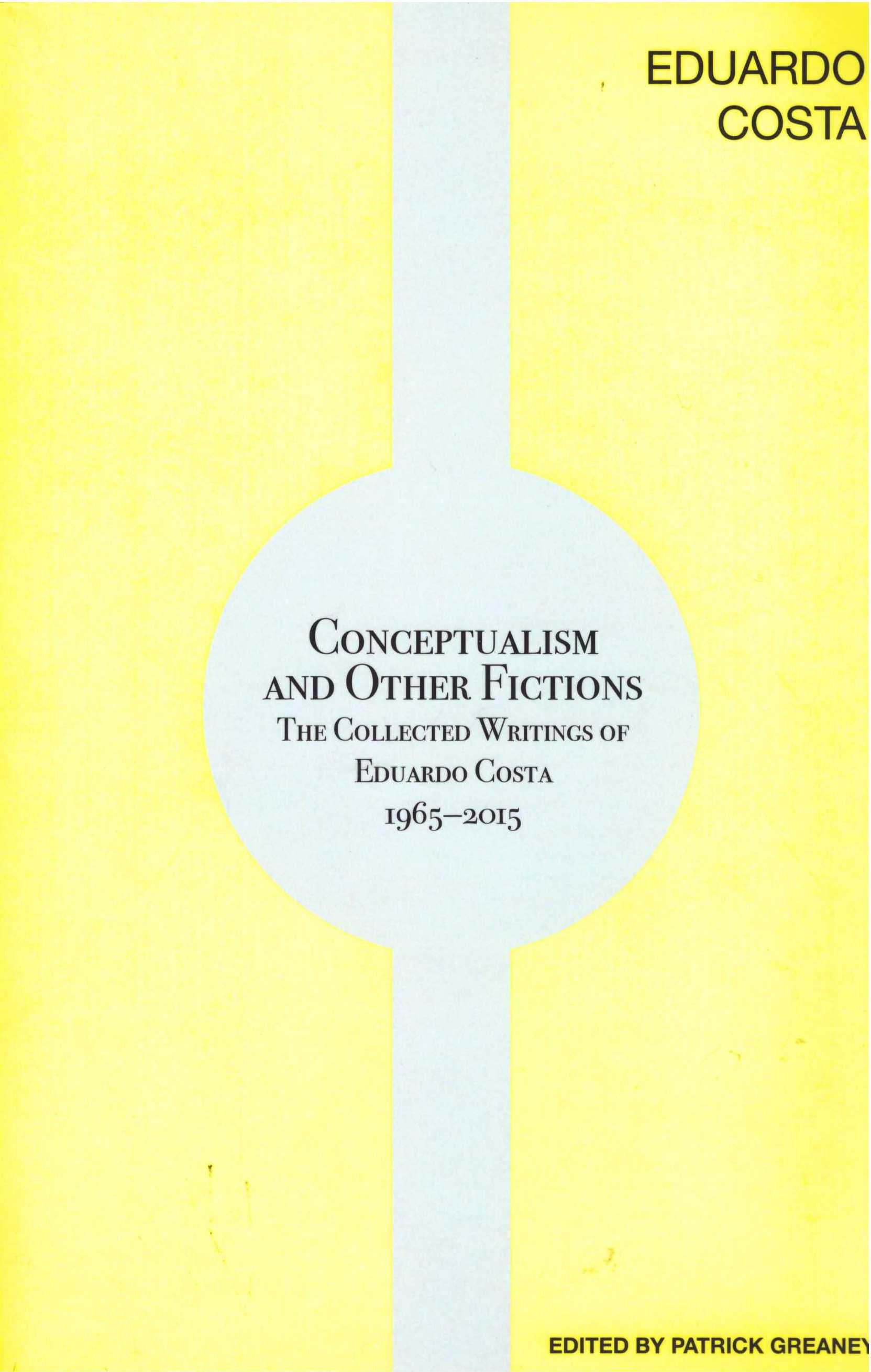