First English translation of the Russian Formalist and Futurist writings on Lenin’s revolutionary language. The book includes the Russian Formalists’ (Viktor Shklovsky, Boris Eikhenbaum, Yuri Tynyanov, Boris Tomashevsky, Lev Yakubinsky, and Boris Kazansky) most ‘political’ texts, first published in 1924 in the journal of the Left Front of the Arts (edited by Mayakovsky).

Together with this collection, the publication also includes Futurist poet Alexei Kruchenykh’s Devices of Lenin’s Speech, from 1925. Indispensable for any serious research dealing with the relationship between revolutionary politics and artistic forms, these writings had remained a marginal note, both in studies on avant-garde art, and in much literature on Formalist theory.

The publication is edited by Sezgin Boynik, who wrote an extensive introduction to the translations by contextualising the experiments of the Russian avant-garde through theories of conjuncture, or more precisely, the theory of contemporaneity within the revolutionary moment. Darko Suvin in his afterword discusses the actuality (and limits) of Lenin and Formalists in the shadow of never-ending warfare. [publisher's note] 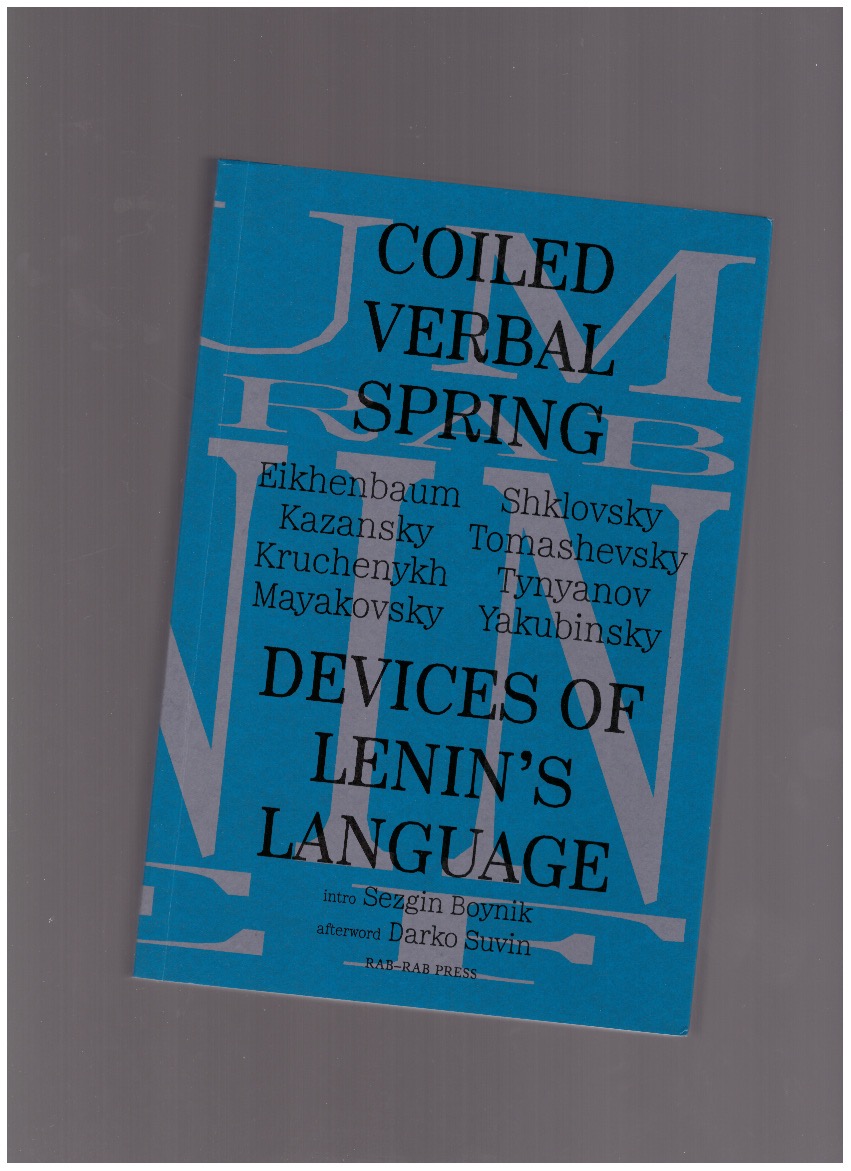