Physically beautiful and strangely passive, George Miles attracts his fellow students with a mysterious promise, like a wallet lying on the street. One after another, his teenage friends rifle through George, ransacking him for love or anything else they could trust in the mindlessness of middle America. What they find is a vision of nightmare intensity, in a novel that assaults the senses as it engages the mind.

Closer follows the links of desire and value that drag George into the arms of men like John, an artist who drains his portraits of humanity in order to find what lies beneath; Alex, fascinated by splatter films and pornography; and Steve, an underground entrepreneur who turns his parents’ garage into a nightclub. These and others pass George from hand to hand, hoping to feel even one emotion clear and uncorrupted by society, but George remains a blurry ghost until he is picked up by two men in their forties. Tom and Philippe think they can find reality in the sharp outlines of bones and the bright red of blood; obsessed with the beauty of death, they find in George the perfect object for their passion.

In brutally frank prose that exposes euphemism, cliché, and evasion, Dennis Cooper stares unflinchingly at the horror of a society without values, and his vision makes its enormity all too real. It is a world in which pain is an undeniable reality, the inevitable companion of truth, and a test of our commitment to life. Dennis Cooper explores the limits of experience, and while he sharpens our understanding of the life around us, he leaves no escape from what he finds. [publisher's note] 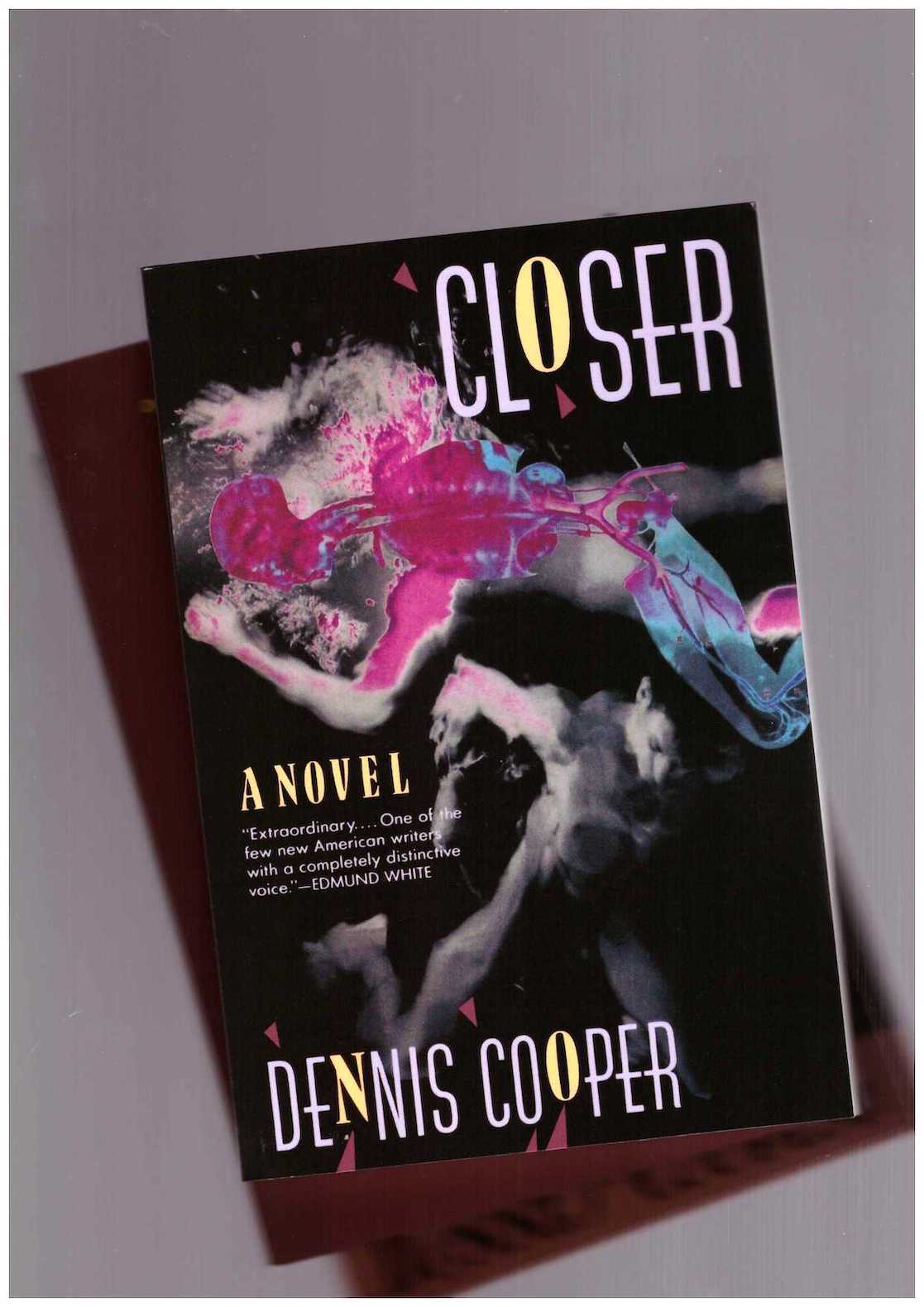