This book brings together new texts written to accompany 79 exhibitions organized by Bob Nickas between 1984 and 2011. Nickas chose one work to represent the memory of each exhibition, and through this visual "lens" he reflects on his activity as a curator, offering many behind-the-scenes views to the art world of the 1980s and 90s, as well as intimate recollections of the artists he worked with, and the art works he encountered over the years. 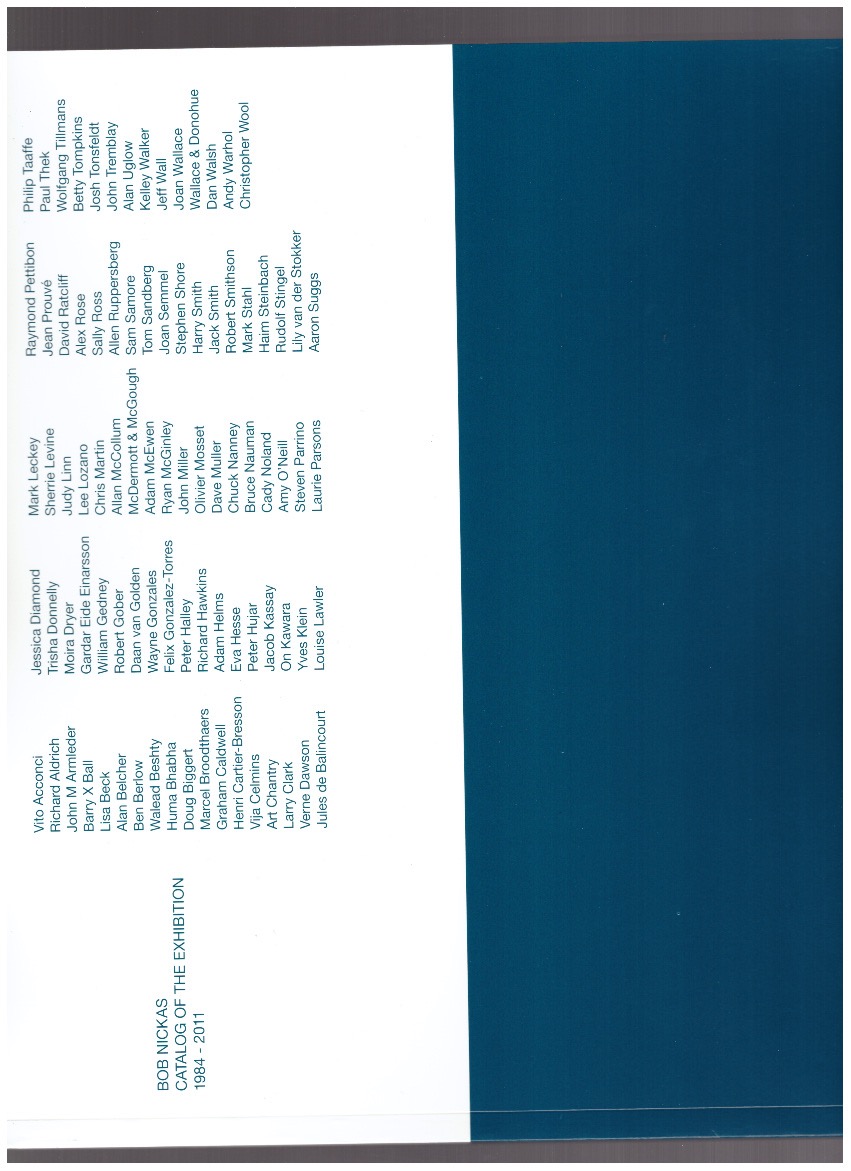