Curator, writer and dealer Seth Siegelaub (1941–2013) is legendary for his promotion of Conceptual art in New York in the 1960s and ‘70s. Acknowledging the unusual scope and essentially unclassifiable nature of his manifold interests and activities, this volume shows how Siegelaub’s projects and collections are underpinned by a deeper concern with printed matter and lists as ways of disseminating ideas. The book’s chapters explore the various facets of and connections in Siegelaub’s work, from his groundbreaking projects with Conceptual artists and his research and publications on mass media and communications theories to his interest in handwoven textiles and non-Western fabrics. It also highlights his collecting activity, which culminates in a unique ensemble of books on the social history of textiles and a textile collection comprising over 750 items from around the world. The survey also reflects on current practices through contributions by contemporary artists, such as Mario Garcia Torres and writer Alan Page, who co-created a new work inspired by Siegelaub’s bibliographic project on time and causality. With essays by art historians and curators, a previously unpublished conversation between Siegelaub and artist Robert Horvit and an annotated chronology, this comprehensive survey pays homage to one of the most distinctive characters in 20th-century exhibition-making. [publisher's note] 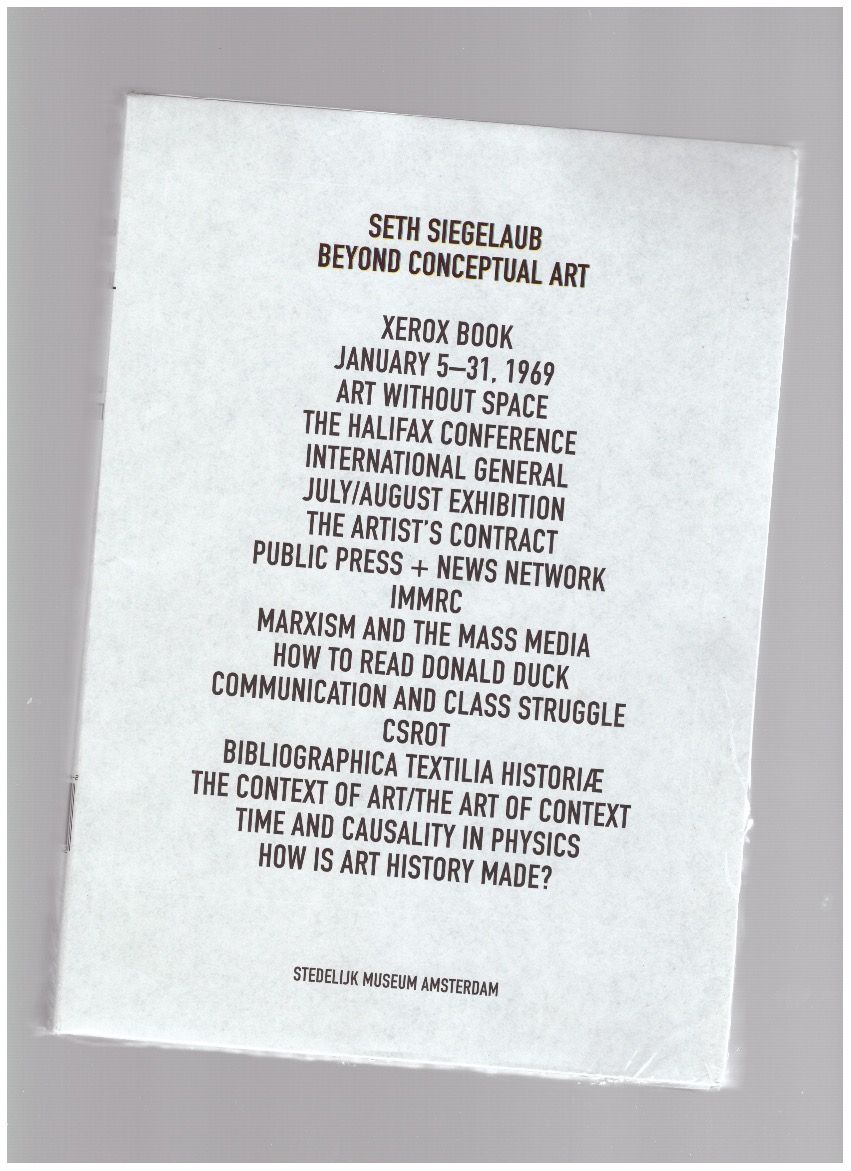