THOBURN, Nicholas
Anti-Book. On the Art and Politics of Radical Publishing

Presenting what he terms “a communism of textual matter,” Nicholas Thoburn explores the encounter between political thought and experimental writing and publishing. He takes a “post-digital” approach to a wide array of textual media forms, inviting us to challenge the commodity form of books—to stop imagining books as transcendent intellectual, moral, and aesthetic goods unsullied by commerce.

Anti-Book engages with an array of writing and publishing projects, including Antonin Artaud’s paper gris-gris, Valerie Solanas’s SCUM Manifesto, Guy Debord’s sandpaper-bound Mémoires, the collective novelist Wu Ming, and the digital/print hybrid of Mute magazine. Empirically grounded, it is also a major achievement in expressing a political philosophy of writing and publishing, where the materiality of text is interlaced with conceptual production. Each chapter investigates a different form of textual media in concert with a particular concept: the small-press pamphlet as “communist object,” the magazine as “diagrammatic publishing,” political books in the modes of “root” and “rhizome,” the “multiple single” of anonymous authorship, and myth as “unidentified narrative object.” [publisher's note] 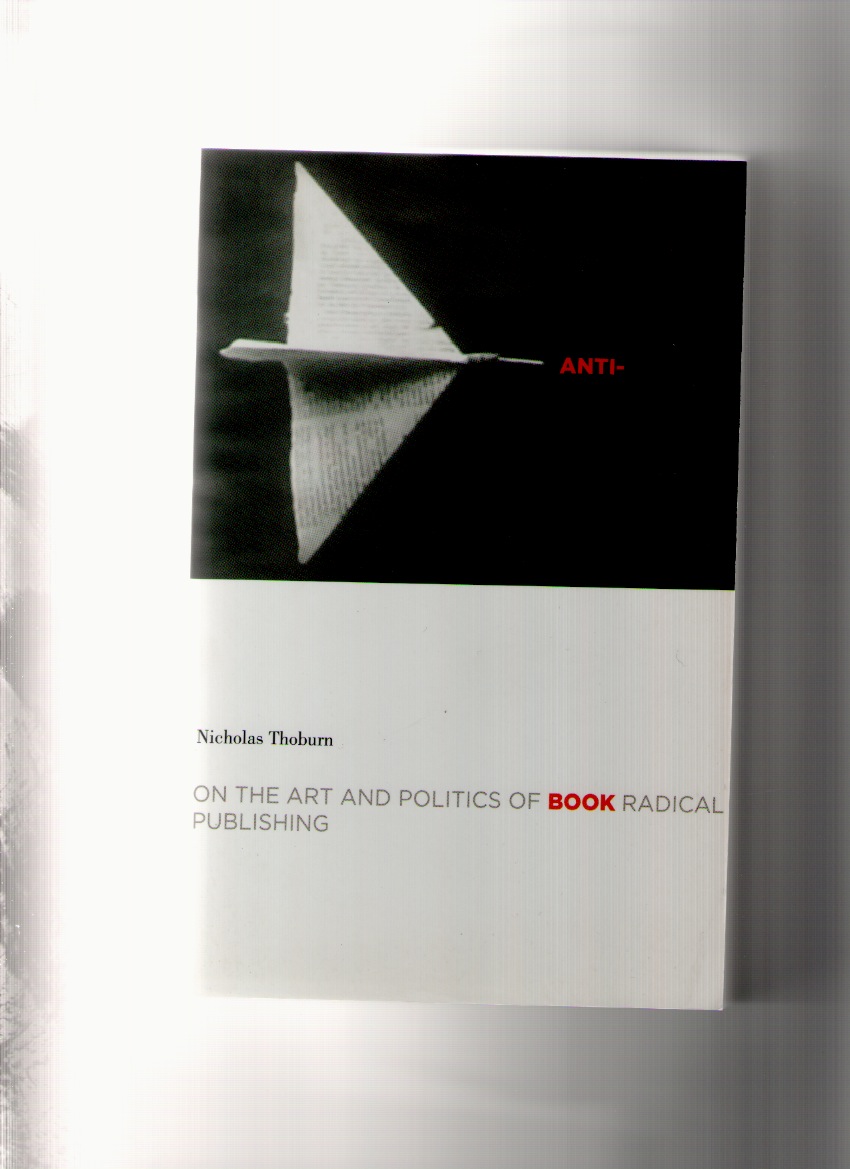