Andy Warhol famously said, "I want to be a machine." If I were to guess what kind of machine he meant, I would say a printing press. Warhol was always publishing something. In the 1950s, he self-published several illustrated books with his friends and lovers. Throughout the 1960s, he designed covers for underground literary and film journals, including Kulchur, Fuck You, and some/thing. In 1966, he edited an issue of the artists' magazine Aspen that came in the guise of a Fab detergent box. The following year, he published a deluxe pop-up book with Random House titled Index (Book) that featured a hologram cover, a silver balloon, and an audio recording of the Velvet Underground. His exhibition catalogs were often stunning and unusual. For example, the catalog for his 1968 exhibition at the Moderna Museet was the size of a phone book, printed on newsprint, and wrapped in a bright flower-print cover. It includes no essays or exhibition details, instead reproductions of his paintings repeat across multiple pages. Also in 1968, he published the tape-based novel a with Grove Press, the preeminent publisher of the counterculture. Then, in 1969, he launched his own magazine Interview, whose subtitle evolved from Film Journal to Glamour Gazette. In 1975, he succeeded his novela with his book of philosophy, originally to be titled THE. Two years before he died, he followed in the footsteps of Walker Evans and Robert Frank, publishing his own photobook of America. And this is only a sampling of his diverse publishing practice. [from the Lucy Mulroney introduction]

Journeying from the 1950s, when Andy Warhol was starting to make his way through the New York advertising world, through the height of his career in the 1960s, to the last years of his life in the 1980s, Lucy Mulroney shows how Warhol readily used the elements of publishing to further and disseminate his art, and cement his artistic legacy. 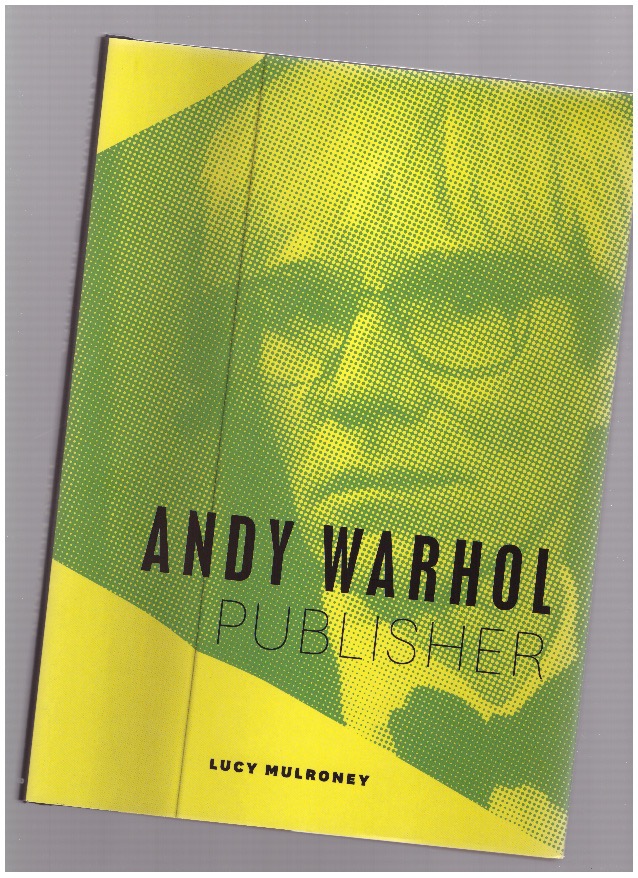