WEBER, Jeff (ed.)
An Attempt at a Personal Epistemology

"The Kunsthalle Leipzig was a long-term project in the form of an art space (2014-2017). I started in 2013 by renovating a former apartment of an abandoned 19th century building in Leipzig and transformed it into a gallery space. The gallery functioned as a conceptual framework to invite artist collaborators to produce and show (new) work, as well as to expand my own artistic practice and open it up to the curatorial. Here, I was able to work intimately with the artists, in part by photographing their process with particular consideration of the conceptual context of their project. As a project, the Kunsthalle emerged from, and relies on the principles of a group of former works of mine: Anticipative Images (2009-2012), but most and foreall on the structural archive: Attempt At A Personal Epistemology." — Jeff Weber 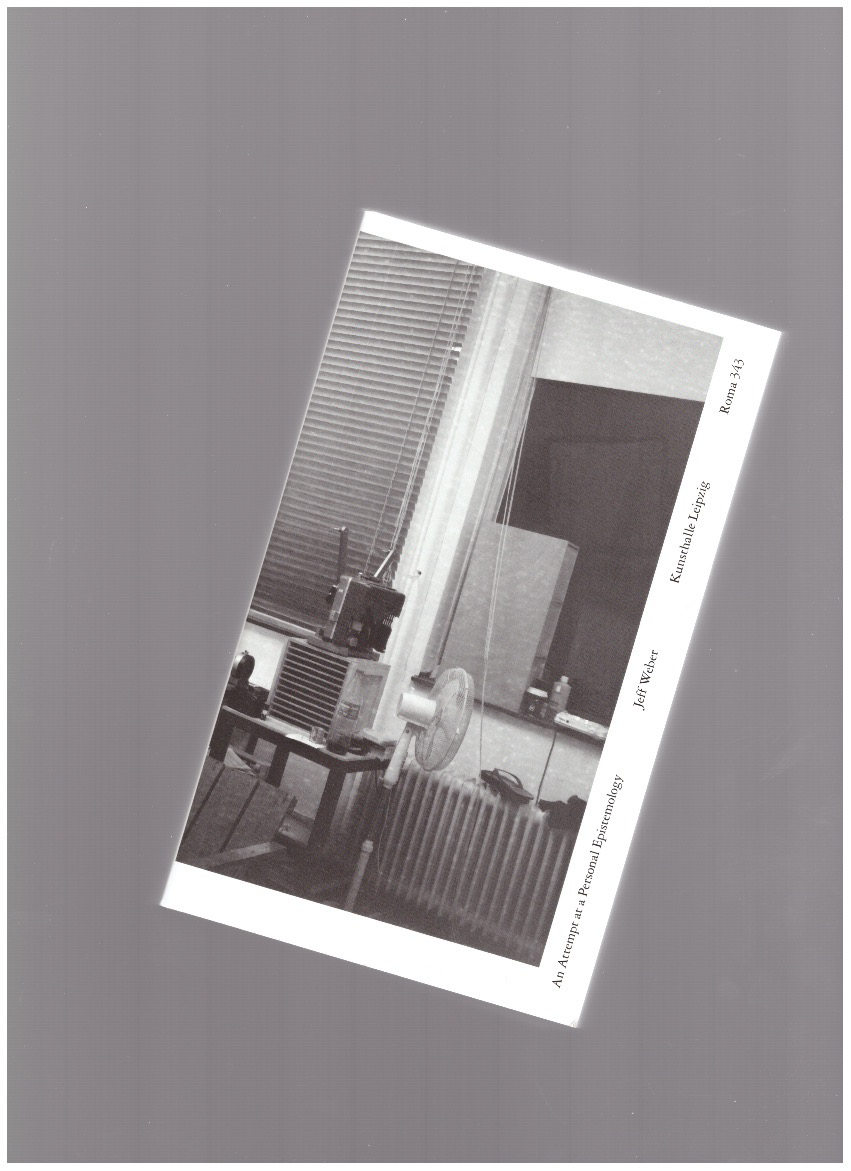