Airless Spaces, Firestone’s first work of fiction, is a collection of short stories written by Firestone as she found herself drifting from the professional career path she’d been on and into what she describes as a new “airless space.” These deadpan stories, set among the disappeared and darkened sectors of New York City, are about losers who fall prey to an increasingly bureaucratized poverty and find themselves in an out of (mental) hospitals. But what gives characters such as SCUM-Manifesto author Valerie Solanas their depth and charge, is their the small crises that trigger an awareness that they’re in trouble. [publisher's note] 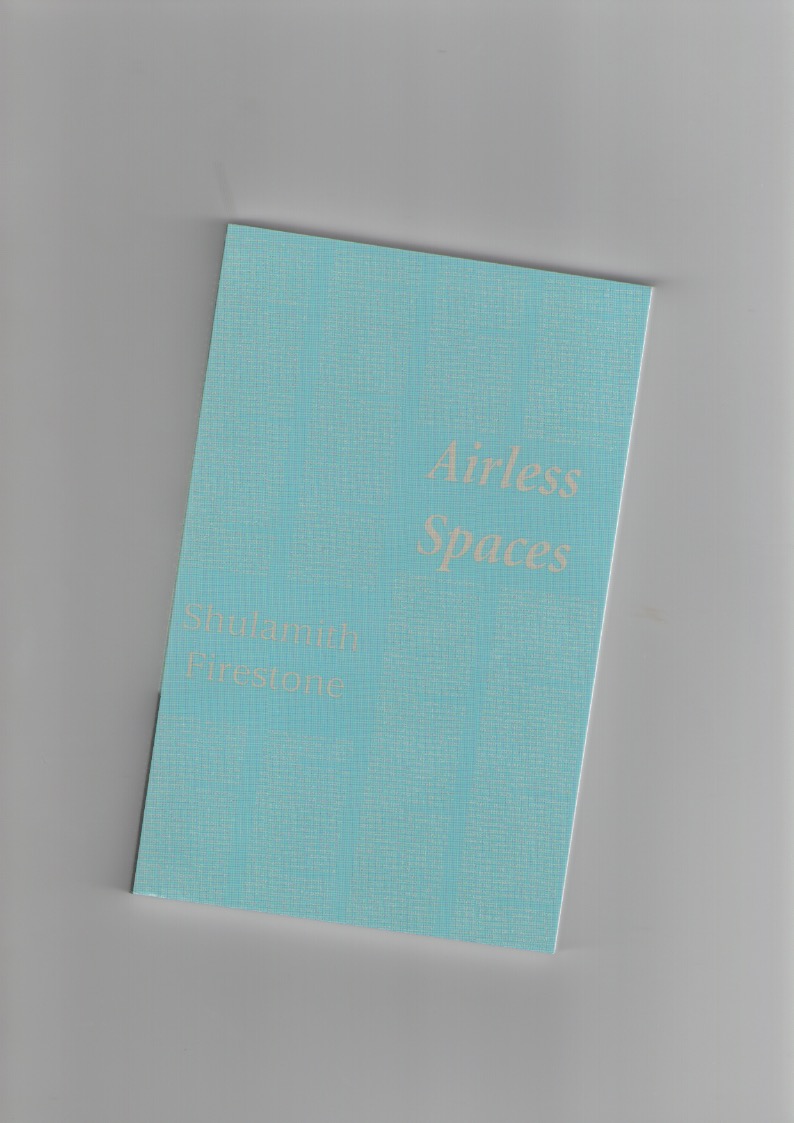