Who is responsible for the fluid boundaries of our current landscape?

Sifting through the prosthetic memory of our contemporary time, the ADDPM Program aims to scale a collective human legacy. The current epoch floats in a sea uninfluenced by logic, one so large that it almost cannot be seen.

No longer is there distinction between virtual fantasy and political reality, archaic ritual or radical subversion, pop culture or fringe knowledge. This is the opposite of hierarchy. This is emotional contagion. This is a mountain of cultural recollections smashed into a level plain. While its embrace is boundless and panoramic, it is also unconditionally subjective in what it deems relevant.

The ADDPM Program presents a perspective on the cultural and cognitive flattening of human networked recollections through various sensory and emotional expressions. Brief histories of the future, snapshots of the present, and prolonged perceptions of the past shape-shift and fuse together to evolve into a collection of encyclopaedic explorations that formulate a taste of our current time.

These records sink into the residue of what it took to arrive at the dawn of the Anthropocene Era and examine its fingerprints, while synchronously shaping a cast of what the future might resemble in form of a shared fantasy.

This must be the place. This is a safe space. [publisher's note] 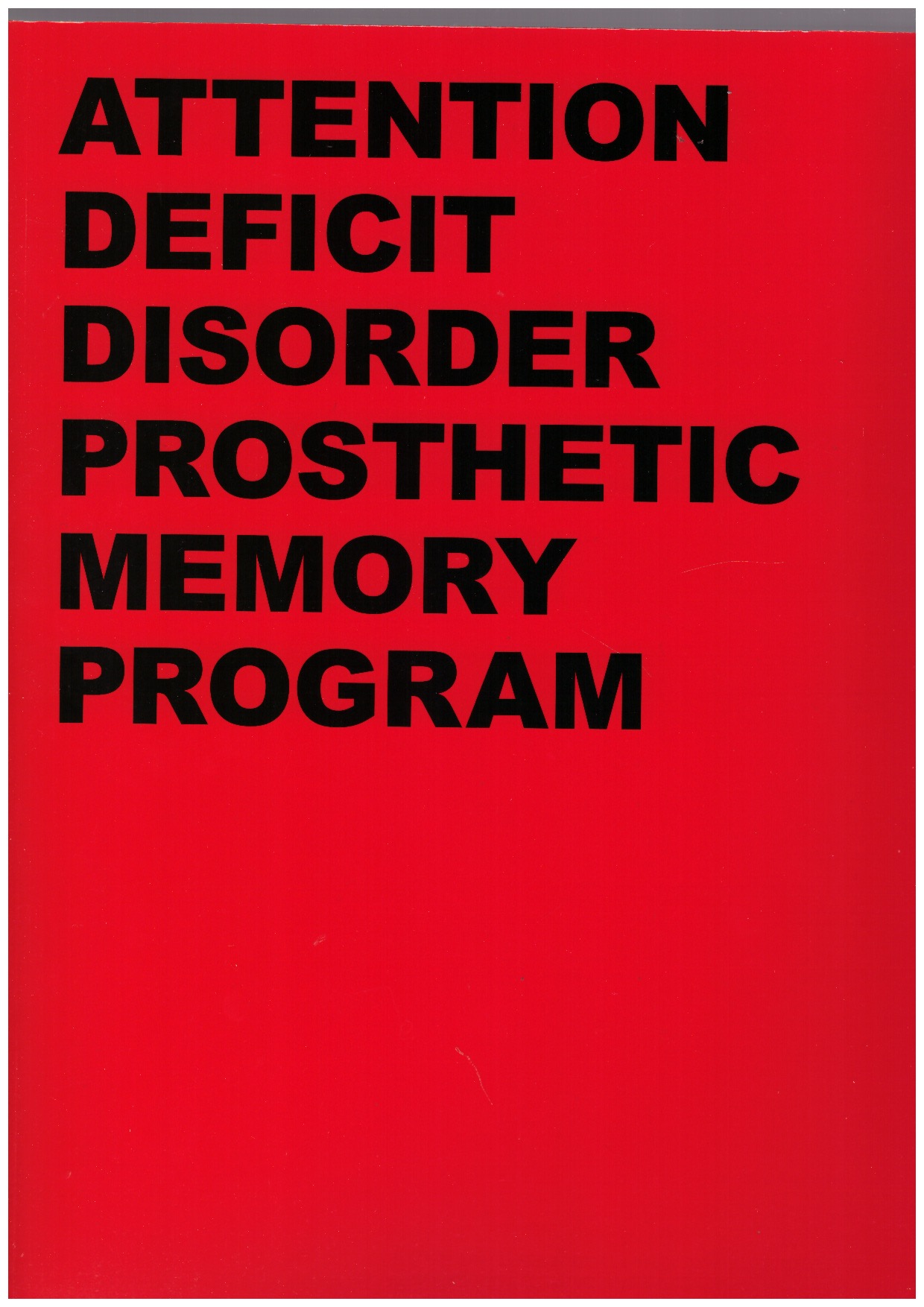