HIGGINS, Dick (ed.); CENTAMORE, Alice (ed.)
A Something Else Reader

A Something Else Reader is a previously-unpublished anthology edited by Dick Higgins in 1972 to celebrate Something Else Press, the publishing house he founded in 1963 to showcase Fluxus and other experimental artistic and literary forms.

Perhaps no other publisher in the 60s influenced artists’ books more than Something Else Press. Higgins had a firm vision that radical art could be housed in book form and distributed throughout the world and he worked endlessly to cultivate new works that challenged conventional notions of both contemporary art and books. While other presses created extraordinary publications, none were able to achieve the breadth of titles and artists like Higgins, who successfully ran Something Else Press until 1974 in a manner that resembled a more traditional paperback publisher.

Oddly, Higgins hadn’t intended to publish A Something Else Reader himself. Instead, in 1972, he assembled the table of contents and an introduction into a proposal that he then pitched to Random House. They eventually rejected the title and encouraged Higgins to publish it, but before he could do that, Something Else Press went out of business, and the dreams of the anthology evaporated. From there, the proposal went into Higgins’s archive, where it was found by scholar and curator Alice Centamore, who compiled the works and assembled A Something Else Reader. 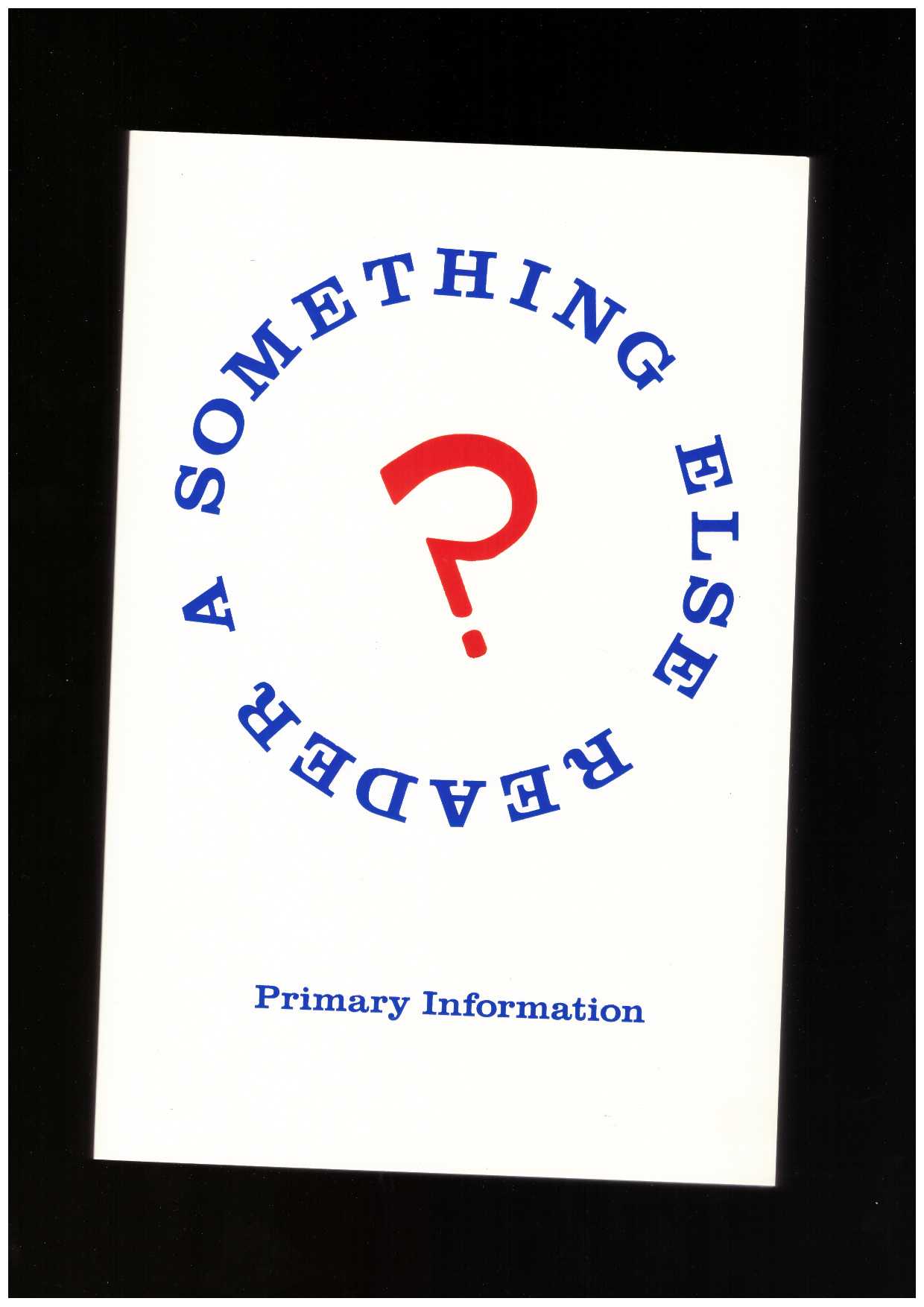